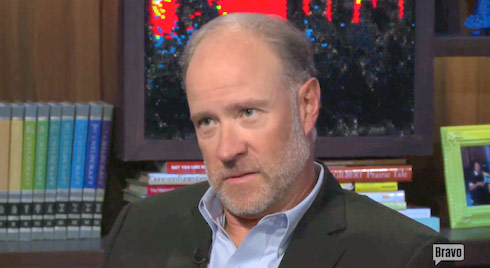 Several of Brooks Ayers’ Real Housewives of Orange County co-stars–including Shannon Beador, Meghan Edmonds, and Tamra Judge–have offered their reaction to the latest (bad) news regarding Ayers’ quickly unraveling cancer story. In addition, Bravo has a “Brooks Tells All” special planned for this Thursday…though it’s not expected that Brooks will come clean.

In case you missed it, yesterday marked another in what’s become a long series of holes in Brooks Ayers’ cancer story. The City of Hope Hospital–where Brooks claimed to have been treated for cancer–released a statement saying they’ve never had him as a patient. The hospital released its statament in light of the fact that its name (though not its distinct letterhead) appeared on the alleged medical bill that Brooks presented a few weeks back. That fact, in addition to the apparent fabrication of the bill itself and the fact that Brooks works for a medical records company, appears to have unraveled what little support he had left. 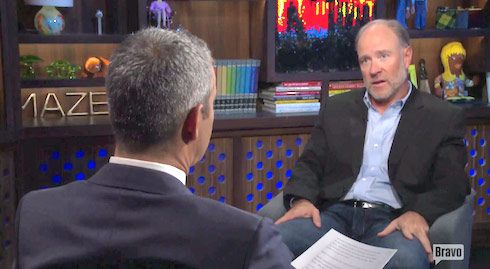 Three of his fellow RHOC stars shared their reactions to the news. First up was Shannon Beador, who told Bravo “I am still trying to connect the dots. It doesn’t make sense that Vicki would say she spent four hours with Brooks for chemo at the City of Hope when he was never treated there. The truth always comes out.”

In addition, Tamra Judge released a lengthy statement, which we’ve excerpted below. (You can check it out in full here.)

I can’t say I am shocked. I’ve always said, ‘If he has cancer I hope he gets better and if he doesn’t…I still hope he gets better.’ From day one I called him out. I felt he was a con man. I could see it in his eyes and nothing he said was making sense. He’s a charmer, but then you get to know him and after a while his stories don’t add up….That’s the part I don’t understand…why would someone do that?

Finally, Meghan Edmonds spoke to Bravo…and her words were as simple as they were powerful. “I pray for him,” said Megan. “I would want to tell him that I hope he finds the truth somewhere in his life. The truth will set you free….It’s a very sad and disgusting situation. I never believed I would be surrounded by such lies but hopefully now we can focus on the truth.

To the same end, tomorrow night Bravo will air the “Brooks Tells All” special regarding his alleged cancer diagnosis, as well as the ongoing debate over whether Brooks ever had the disease in the first place Here’s a preview clip: