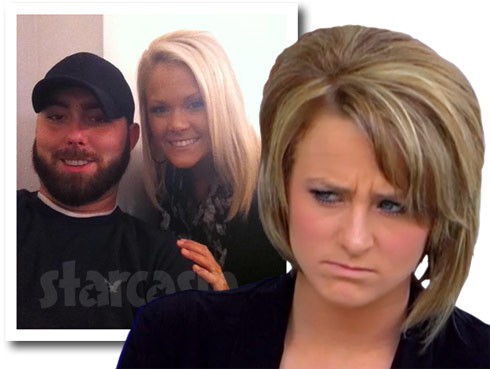 Now that Teen Mom 2‘s Corey Simms has won primary custody of his twin daughters from ex-wife Leah Messer, he has reportedly turned his attention to another legal battle with her. A source said Corey is suing Leah for allegedly stealing from their daughters’ trust funds — to put $20,000 in her own pocket. Leah has denied that accusation in the past, but Corey has reportedly been granted a court date so a judge can decide.

“He is furious that she took that money,” an MTV source told InTouch, explaining Corey believes Leah took more than $10,000 from Ali’s account and “at least” an additional $10,000 from Aleeah’s fund. “That was the girls’ money, not Leah’s… Corey’s going to do whatever he can to make sure it’s put back.” The insider added Leah has made a lot of bad financial decisions, including spending money on unnecessary gadgets like the newest iPhones and iPads.

Accusations that Leah had skimmed the Ali’s trust fund first came about last fall, when a source said the young mom “totally drained” the account that was supposed to cover Ali’s medical costs. Leah fired back by saying the money was still there, just not in the account where Corey was looking.

“I would be ashamed of myself, especially the article [about] me taking money from my children,” Leah said, referencing the other stories that were circulating at the time about her abusing drugs and cheating on then-husband Jeremy Calvert. “The funny thing about it is… The money that was given to my kids is not in the account they’re saying it was ‘stolen’ from… Have you ever heard of CDs at a bank?”

The latest source said a court date has been set. The insider added that Corey, who just welcomed his third daughter, is “going to make sure that Leah doesn’t do anything to jeopardize [the twins’] future.”