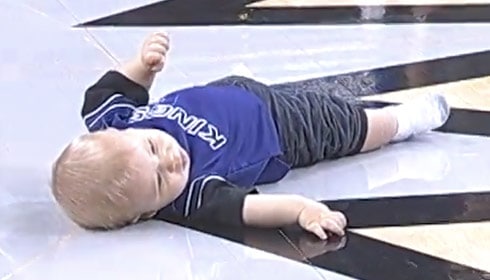 The NBA’s Sacramento Kings had themselves a baby race as part of their family day on Sunday.

An adorable idea went next-level when a two-baby race became a one-baby race after a young fellar by the name of Landon decided it was nap time right at half court.

The announcer yelled “go” and off they went! Well, actually only two took off as the others just kinda sat there wondering what the heck was happening. Little Gemma and Landon were in a close battle until the latter rolled over for some sleepy time.

We so feel you Landon.