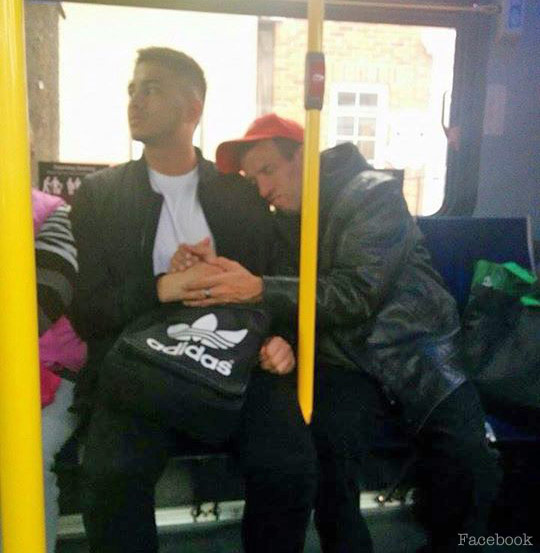 A photograph of 21-year-old student Godfrey Cuotto holding the hand of a man with special needs has gone viral after being shared on Facebook.

Cuotto says he was headed home on a packed bus in Hamilton, Canada when a man seated near the front approached him to shake his hand. He told HuffPo Canada, “He kept holding my hand. I thought I was getting pranked at first, but he just needed comfort.”

During the over 30-minute ride, the man later identified as Robert, held and kissed Cuotto’s hand, leaned on him and hugged him.

The person who shared the image via “Only in Hamilton” wrote:

I didn’t know if u can post this but I would liking to say thank you to the guy who was seating beside a special needs gentleman… He allowed him to hold his hand and find comfort well in a packed bus.. It make my day when I see stuff like that.

A family member later reached out to Cuotto to thank him for helping Robert, revealing that he has cerebral palsy and is deaf. 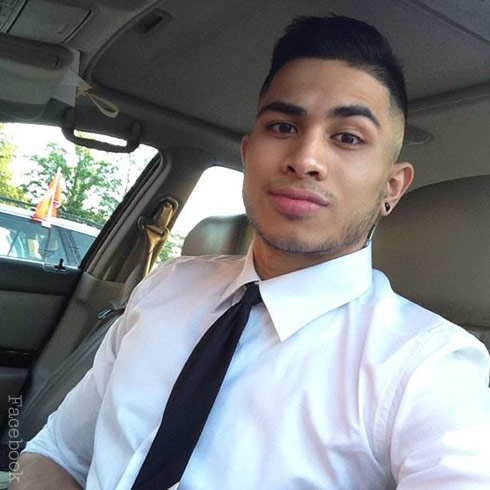 Cuotto, who remained with Robert until the final stop, said, “Sometimes you just have to be selfless and put someone else’s needs above yours.”

When asked about his thoughtful deed by radio station Kiss 92.5, Cuotto attributed his kindness to his mom’s influence. “I was raised by a queen,” he said.