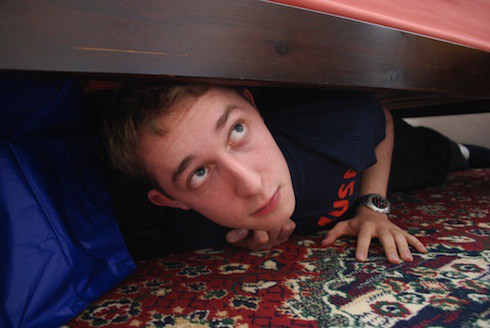 Folks around the globe have spent the past week wringing their hands over a hot new game, one that’s allegedly sweeping up kids like a brush fire. And by “folks” we do mean both parents and authority figures, since this mysterious game encourages running away and hiding. It’s called the “Game of 72,” and its sole purpose is that anyone playing it simply up and disappear for three full days–72 hours–avoiding any and all contact with their parents or anyone else. Its secondary purpose, it would seem, is to scare the bejeezus out of those parents, along with any other family members, neighbors, and / or police officers enlisted to find the kids over the course of those 72 hours.

The game apparently got its start when a 13-year-old French girl disappeared without warning for three days last year. When she was found after 72 hours, she wouldn’t say where she’d been–only that she had been playing the Game of 72.

Warning stories have crept up in international media–American outlets have printed exposés, along with newspapers in England and Canada. There’s even a popular hashtag, #Gameof72, the ostensible purpose of which is to help teens share tricks for staying out of sight the full three days.

More than one person, though, has wondered whether or not this is just some kind of elaborate hoax intended to get a laugh. It can be tough to tell what’s real and what’s not on the ever-shifting landscape that is the internet. Fortunately for parents, it would appear that the Game of 72 is indeed just a silly hoax-ish ruse. That is, for now. The Washington Post reminds us that there’s still only the one French girl who played a documented case of the Game of 72; there have been no other actual reportings of any other missing kids cropping back up after 72 hours with a smile an a wink.

So, it might be more accurate to say that the Game of 72 is indeed a hoax…for now.

Who does the voiceovers for SportsCenter? How much does he make?