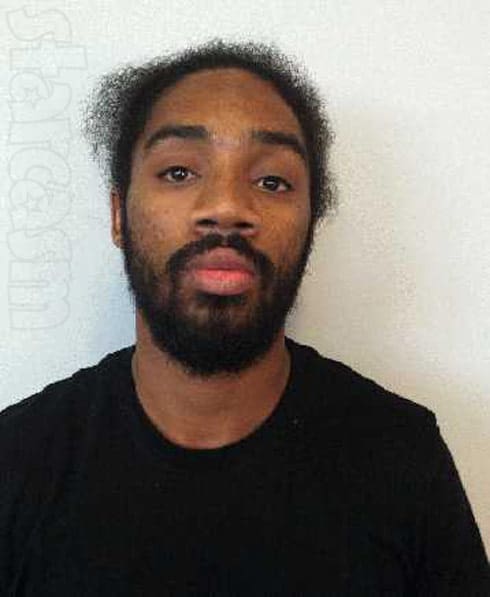 As we reported earlier, Love & Hip Hop: Atlanta‘s newest additions Karen King and her sons Sas (real name Lyndon Ahlik Smith) and Scrapp DeLeon (real name Will Cortez Robinson) are no strangers to the legal system. The three were all arrested and charged with the kidnapping and assault of Sas’ father, Lyndon Baines Smith, in 2012. Although there aren’t many details about why, all three were later released and the charges were apparently dropped.

So, when I was looking through Sas’ social media pages and saw that he began using the hash tag #FreeScrapp a while back, I got a little curious. Here’s a photo of what looks to be Sas talking with Scrapp in prison garb via a video call: 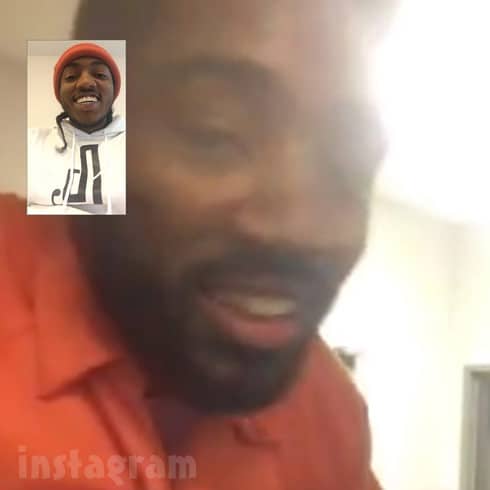 Sas captioned the photo, posted on January 28, with “Do that time and come home like its nothing n!gga.” He added the #LibreElLeon #FreeScrapp #NBL and #TheLeaders hash tags.

Sure enough, online court records indicate Scrapp is currently serving time with his “most recent institution” listed as Taliaferro County Jail, which is located off Interstate 20 between Atlanta and Augusta.

Records indicate that Scrapp was arrested for trafficking marijuana — a LOT of marijuana! He fell into the 10-2,000 lb range, which is classified as a felony, according to Georgia law. The charge comes with a five- to twenty-year sentence, as well as a fine of up to $100,000. The offense date is listed as May 13, 2014.

And, in case you were wondering: no, this isn’t Scrapp DeLeon’s first (or second, given his 2012 arrest) run-in with the law. A quick search revealed two prior arrests in the state of Georgia, but, given that the charges are nearly identical, I assume the latter is just a probation violation or something similar stemming from the original arrest. 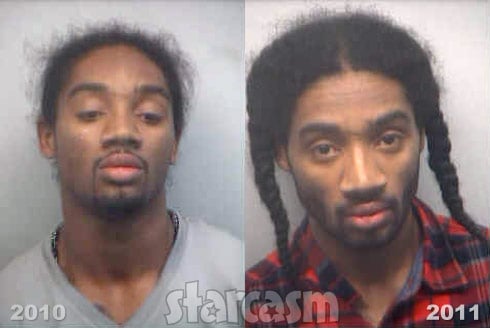 In July of 2010, Scrapp was arrested in Fulton County, Georgia and charged with carrying a pistol without a license, failure to stop at a stop sign, no insurance, possession of marijuana, and theft by receiving/retaining stolen property. The latter charge was listed as “THFT X REC STOLN PROP GUN,” so I’m not sure if that meant he used a gun in the theft or if the gun itself was stolen.

Scrapp was booked again in Fulton County in December of 2011 with only slight alterations to the charges. He went from carrying a pistol without a license to carrying a concealed weapon in a motor vehicle, and the “GUN” portion of the theft charge was omitted.

There is no indication of either the length of Scrapp’s sentence is or his scheduled release date.