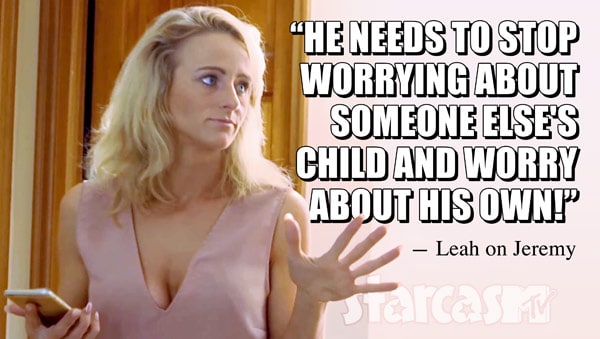 It’s been a really rough season for Teen Mom 2‘s Leah Messer, but, for the second week in a row, MTV appears to be shifting some of the bad parenting focus away from her and putting it on someone else. Last week it was Miranda Simms and #Backpackgate, and this week it is Jeremy Calvert.

In the video, Leah is preparing for a family barbecue when she gets an upsetting text from Jeremy.

“I am going to f**king flip,” Leah tells her sister Victoria. “Jeremy had to leave — go get Brook’s (his girlfriend’s) daughter, and just left Addie with his mom. I guess I’m going to have to figure out something. I’m going to have to figure out something with his mom to get Addie, and it’s already almost four o’clock. I mean, she doesn’t get to see her sisters again until Thursday, so that’s not fair. He needs to stop worrying about someone else’s child and worry about his own! They knew about this,” Leah says of the barbecue.

Anybody else starting to love Victoria’s slight side eyes when Leah’s talking? It’s a perfect mixture of “WTF”, “Oh no he didnt!”, and “Is this really that bigga deal?” 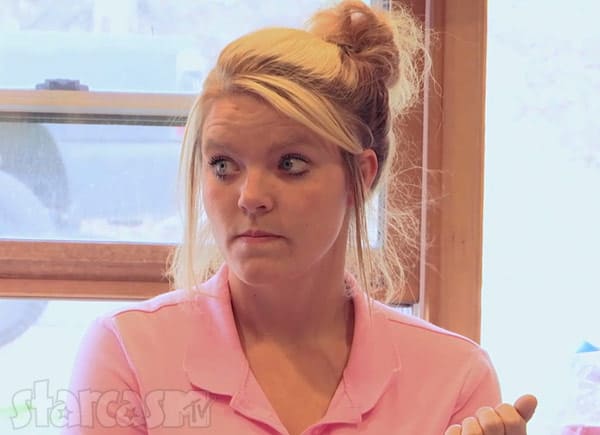 Click the names to see preview clips for Jenelle Evans, and Kail Lowry and Chelsea Houska!