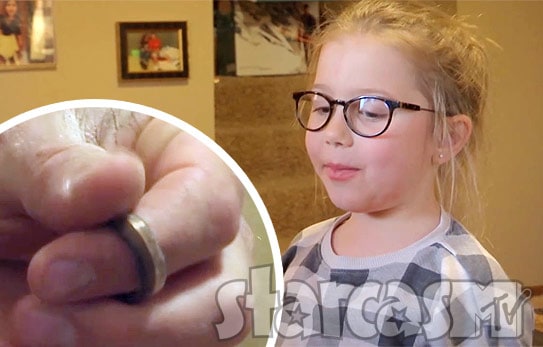 Chelsea Houska’s fairy tale season continues, as “Cole Shows Off His Wedding Ring” to Aubree in this preview video.

When I saw the title of this clip, I was prepared to be quite unimpressed. I mean, how often is a man’s wedding ring all that interesting to look at? But Cole’s is pretty damned unique and cool!

In the beginning of the clip, Aubree returns home “from dingbat’s parents” sans a few teeth. Chelsea brings up the topic of Cole’s wedding ring, and, after explaining to Aubree that Cole will wear his after the wedding, she asks if she wants to see it. “YESSS!” exclaims Aubree.

Cole brings out the ring and shows it to her. He tells her that it is made up of three sections: one made of antler, one made of gold (thin ring in the middle), and one made of wood: 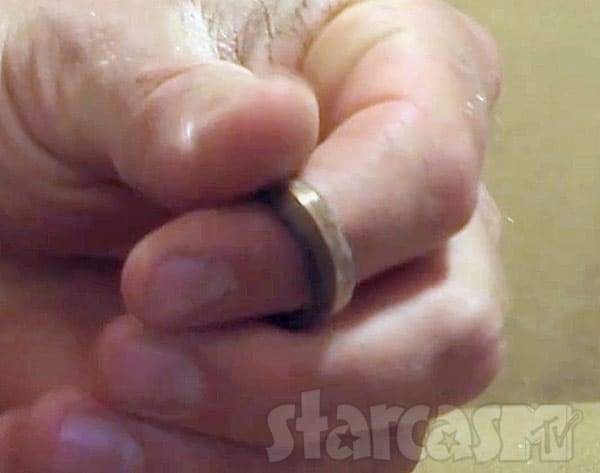 After Cole shows off his nuptial bling, Chelsea asks Aubree what she plans to do at the wedding. “DANCE!” says an exuberant Aubree, as Chelsea and Cole laugh and repeat her response. (I’m guessing Aubree’s response was due in large part to the great time she had with Cole at the father-daughter dance.)

Oh, and I figured we should all take a quick moment to admire Cole’s Big D: 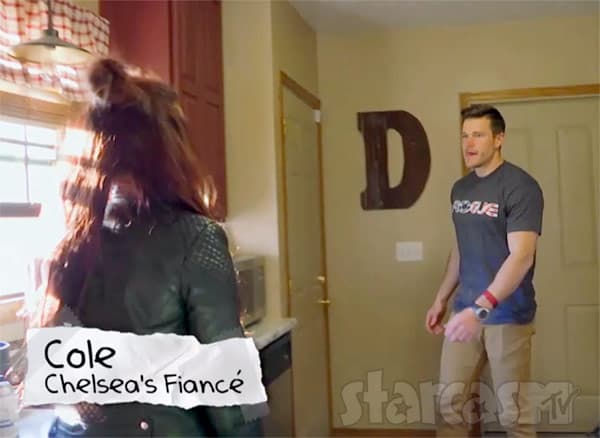