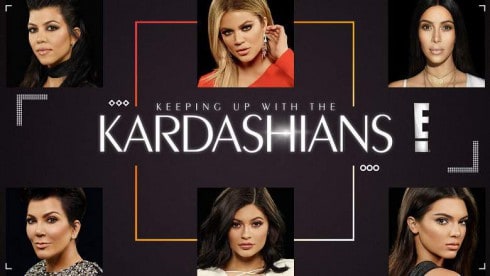 It’s hard to believe that after 13 seasons, the Kardashians are more popular than ever before! Even though fame has extended throughout the whole family, Kim, Kourtney, and Khloe have proven they are the queen bees when it comes to bringing the drama.

During the season premiere, we saw Khloe smitten with her new man while Kourtney struggled with her old flame.

But the biggest buzz of the night revolved around the preview clips E! released for next week’s episode in which Kim describes, in detail, the traumatic events surrounding her Paris robbery back in October.

In a new, extended sneak peek, the sisters are gathered together as Kim recounts the scariest night of her life. In subdued hair and makeup and over-sized black clothes, Kim begins to cry as she remembers each terrifying moment.

And I was like, I have a split second in my mind to make this quick decision. Like, am I going to run down the stairs and, like, either be shot in the back? It makes me so upset to think about it but, like, either they are going to shoot me in the back or if I make it and they don’t, if the elevator does not open in time or the stairs are locked, then I’m f–ked. There’s no way out. 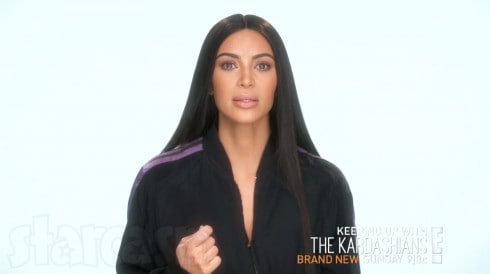 During the one-on-one interview, Kim goes into more detail:

They asked for money. I said, “I don’t have any money.” They dragged me out to the hallway on top of the stairs. That’s when I saw the gun, clear as day.

In a second preview clip, she says:

They had the gun up to me and I just knew they’re going to shoot me in the head. And he duct tapes my face. “Please, I have a family. Let me live.”

It has been months since this story broke, and Kim has remained tight-lipped until now. There’s no doubt fans everywhere will be tuning in to hear every harrowing detail of the infamous Paris robbery.

Keeping Up With the Kardashians airs on Sunday at 9/8c on E!