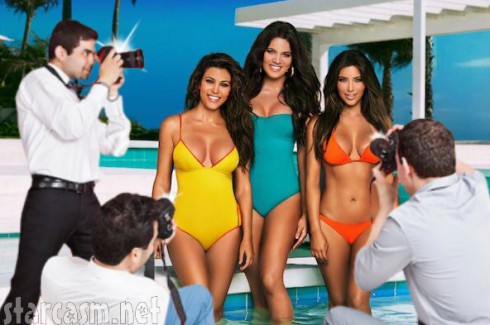 The Kardashian-Jenner clan had a bit of a scare on Monday night when paparazzi broke into their gated community in a bid to snap shots of reclusive new mom, Kim Kardashian. Rather than back down, Kris Jenner chased after the trespassers — and some guy named Julian followed along to get the whole scene on video, which Kim posted to Keek.

“Okay, there is a paparazzi that’s snuck into our gated community,” Kim says before passing the cell phone over.

Dealing with paparazzi in public is the nature of the game for celebrities. But for the photographers to break into a gated community? That’s overkill. Even the world’s biggest stars deserve privacy in their own homes.

That being said, we’ll be the first to dissect the videos or pictures that celebrities post on social media! (That’s fair game!)

In this case, fans were likely disappointed that the camera was never turned on Kim. She’s posted multiple videos and shared a few Instagram snaps since the June birth of her daughter, North West. However, Kim’s remained off camera in all of the social media posts. The common belief is that Kim is waiting for a big post-baby body reveal, possibly on her mom’s talk show.

Kim and boyfriend Kanye West have also been reluctant to share pictures of their newborn… And we all know that the paparazzi need to be fed. Clearly they get pretty restless without a steady stream of Kardashian pictures!