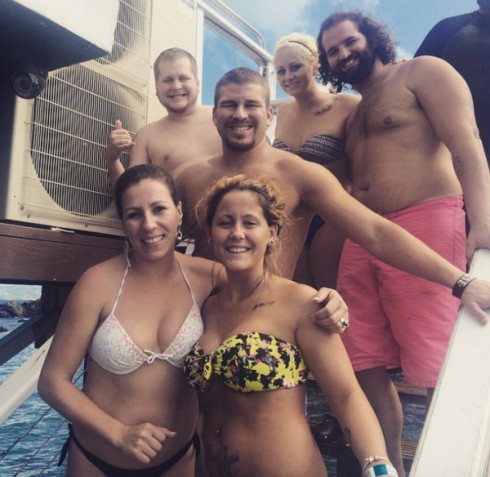 During their vacation in St. Thomas, Teen Mom 2‘s Jenelle Evans and Nathan Griffith were joined by a two other couples, including Nathan’s brother, Noah, and friends Candy and Pat Hennessy. For the first few days of the trip, everything seemed to be going well among the pairs as they went on excursions and celebrated Nathan and Jenelle’s engagement. Unfortunately, things went south shortly after Nathan popped the question.

Ever since then, Candy Hennessy has been threatening to release unflattering videos of Jenelle. She teased on Instagram, “Don’t worry you all will get to see how Jenelle acts when she doesn’t realize a camera is on.”

As rumors began to fly about what the videos showed, Jenelle tried to stop the situation from growing into a bigger mess. 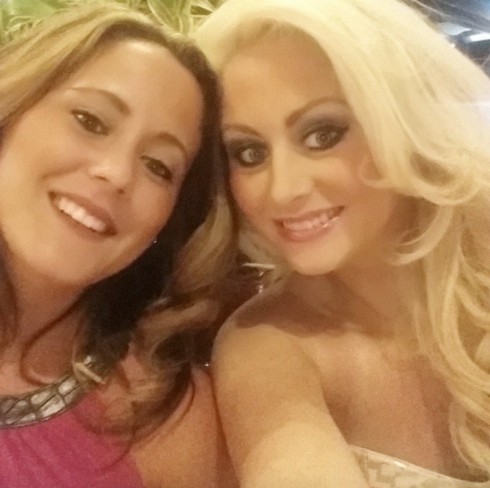 Jenelle and Candy during happier times.

“I just want all this drama to end. There was a point where we all were friends and after a day in a half of bad s**t said it has ended,” she tweeted on Tuesday. She added on Wednesday “they accomplished what they wanted” along with a broken heart emoji.

“This is the so called apology Jenelle gave us,” she said, referencing a screenshot of Jenelle’s tweets. “Now you tell me, does it say I’m sorry Candace and Patrick or does it say I’m sorry if I offended anyone. Last time I checked anyone you offended could be a lot of people and also she never specifies what exactly it is she is apologizing for… When you ruin everyone’s week by acting like a crazy b**ch you should call them and say hey I’m so sorry for how I acted.”

A few hours later, Patrick released the video in question — which seems to feature Jenelle telling Nathan’s brother she wishes he died in combat before repeating “I hope you f**king die.” The video cuts off when it looks like a physical fight is breaking out after Jenelle said she heard Noah’s friend died in combat. (Warning: Not SFW language.)

Jenelle quickly reacted on Twitter by saying the video was a very small snippet from their fight and fails to show the context: “Oh let’s upload just the part she wants right?! … And the words that were said to me before I opened my mouth were uncalled for. Two sides to every story.” She also subtweeted “be careful there sweetheart, we all have secrets.”

Meanwhile, Nathan has remained silent on Twitter about the most recent developments, but his last tweets show he supports Jenelle.

“@PBandJenelley_1: The only support I'll ever need is family. @GroundLevelUp ” ditto