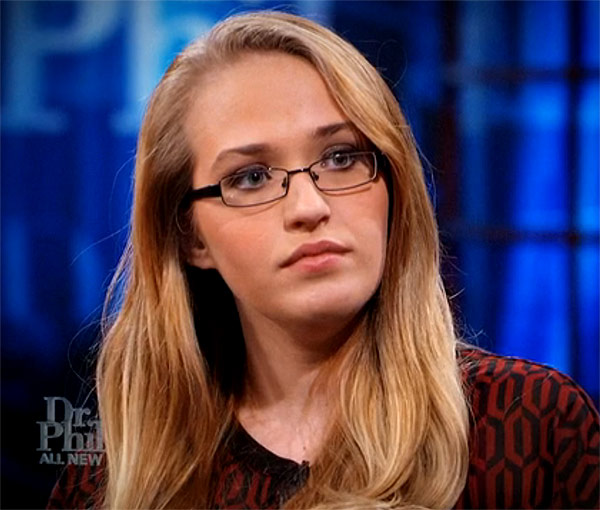 Honey Boo Boo’s older sister Anna “Chickadee” Cardwell will be appearing on Dr. Phil on Thursday to tell her side of what happened between her and her mother, “Mama June” Shannon, since the scandal broke that Mama June was reportedly once again dating her ex Mark McDaniel, who had just gotten out of prison after being convicted of molesting Anna when she was eight years old.

“Did she [Mama June] just lie to me?” Dr. Phil asks at the beginning of the clip.

“She’s lied about everything,” Anna answers.

Us has more from the episode, including Anna’s explanation of what happened to her $30,000 trust fund. “Mama’s name is on every single account [as] the head owner of the account,” Anna tells Dr. Phil. “So, she can withdraw, take money out, give money, she can do any of that. I’m at the bottom cause I signed it when I was a minor.”

Anna hired an attorney in an attempt to find out the status of her trust fund, but their requests for information went unanswered. “So I call the bank in Milledgeville and I ask him, I say, ‘Hey, is there any account underneath my name,'” Anna recalls. “They said, ‘Yeah, there is a savings account with 17 dollars and 89 cents in it.’ So I’m like, ‘Okay, what happened here?’ So I call my mother, she said, ‘Well, I moved all of it, I took all [of it] cause all the girls say, ‘You know what? Just give her her money, just give it, give it to her.” Well, she said, ‘I’m sending whatever [is] left.’ She sent me a picture of it. She said, ‘This is all of what’s left in your account: $15,400.’ She was supposed to send it the next day. Well, she says she ‘sent it’ — no letter came, never got anything.”

Mama June mentioned the cashier’s check during her appearance on Dr. Phil weeks ago, stating that she had sent it to Anna and could show him a copy of it.

Dr. Phil showed the clip to Anna and she responded by saying, “Never got that check.”

In case you missed it, Anna’s financial troubles recently motivated her to launch an online fundraising campaign and become a Young Living Oils salesperson.

Joining Anna on Dr. Phil Thursday will be her “Uncle Poodle” Lee Thompson as well as Mama June’s mother, and Anna’s grandmother, Sandra. “My daughter is crazy,” Sandra says in the preview clip. “She needs help.” 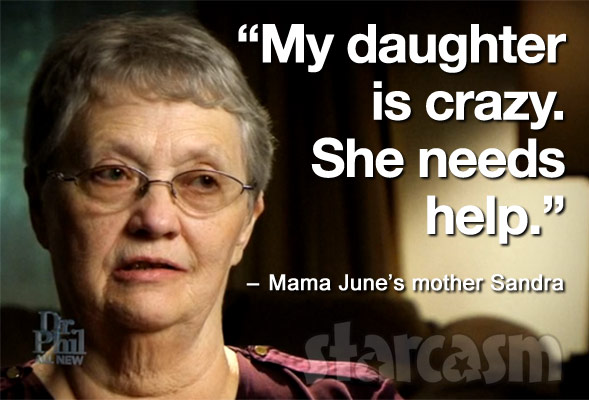 Here’s the description of the episode from DrPhil.com:

The “Honey Boo Boo” Scandal: Chickadee and Grandma Speak Out

A few weeks ago, former Here Comes Honey Boo Boo star “Mama June” Shannon spoke exclusively with Dr. Phil and denied rekindling a romantic relationship with Mark McDaniel — the man convicted of molesting her 20-year-old daughter, Anna “Chickadee” Cardwell, when Anna was 8. Now, Anna joins Dr. Phil alongside her grandmother, Sandra, to tell her side of the story. What does she say happened to her as a child? And, why does she claim her mother knew about the sexual abuse when it occurred but chose not to believe her? Anna also accuses Mama June of draining her $30,000 trust fund, leaving her nearly penniless — an allegation her mother completely denies. Is there any chance at repairing her relationship with her mother? Plus, “Uncle Poodle” returns and reunites with Anna for the first time in nearly a year. This program contains sexual content. Viewer discretion advised.