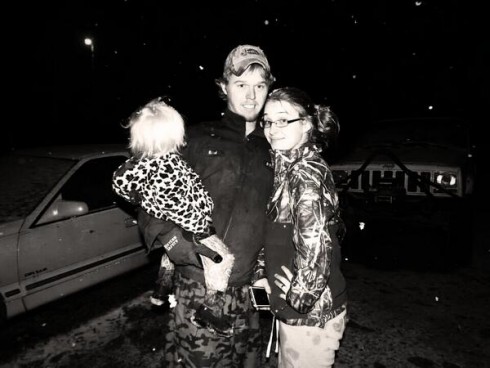 Here Comes Baby No. 2 is more like it for Anna Cardwell! The former Here Comes Honey Boo Boo star revealed this week that she is expecting another daughter, which will be her first with husband Michael Cardwell.

“We have the name, but can’t figure out the middle name,” Anna told Radar Online. “We are going to wait until we do [pregnancy] pictures to announce the name.”

It ain't much be here is my tiny baby bump at 16 weeks :))) pic.twitter.com/RFEeXA0YHj

When Anna, 20, announced her pregnancy this spring, mom June Shannon publicly criticized her for expanding the family while struggling financially. Anna defended the choice, saying they provide for her 3-year-old daughter, Kaitlyn, and will do the same with the new baby. Still, it seems that incident drove an even bigger wedge between Anna and June, who had a falling out after June was seen with the man convicted of molesting Anna.

“We talked when she came for Kaitlyn’s birthday [last month],” said Anna, who is also suing June for allegedly stealing $300,000 from her fund. “We haven’t talked since.”

For now, Anna is focused on her growing family. The new baby is due in December.