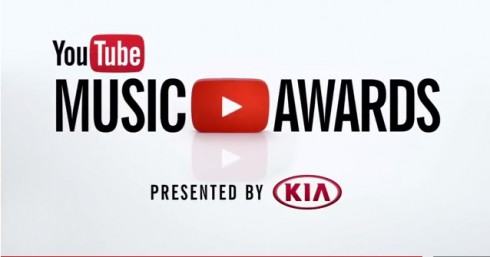 It’s only fitting the platform that artists ranging from Justin Bieber to new Journey singer Arnel Pineda used to launch their careers is now recognizing the Internet’s best talents with the first YouTube Music Awards.

“I’m hosting the YouTube Music Awards, November 3, directed by Spike Jonze,” Jason Schwartzman sang for the official announcement, which was (appropriately) uploaded to YouTube last night. “It’s all about you the fans. This is a night for you.”

Voting begins on October 17, the same day the nominees are announced. The 90-minute show will be live-streamed from New York City two weeks later.

Both Spike Jonze and YouTube’s vice-president of marketing, Danielle Tiedt, spoke with Billboard Magazine about what else viewers can expect from the new award show.

“We’re trying to create live videos during the award shows so that the experience becomes more about creating than presenting,” Danielle explained. “Music is our bread and butter and our heart and soul here at YouTube. Our main goal is to not just do another award show. We wanted to do something special.”

Spike added he was attracted by the opportunity to put on an “unconventional” show.

“I want to find out if we can make a whole night just about making things,” the Being John Malkovich director said. “Instead of just doing performances, can we do live collaborations?”

There will be six different awards categories. The show will also feature performances by Lady Gaga, Arcade Fire, Eminem and more. Although those headliners are generally popular draws for award show viewers, some YouTube fans said they hope the nominations will include some lesser known, up-and-coming artists.

We’ll learn more when voting goes live on October 17… And when the YouTube Music Awards premieres on November 3.

A look back: Buck Owens and His Buckaroos’ Roll Out the Red Carpet 45 years later