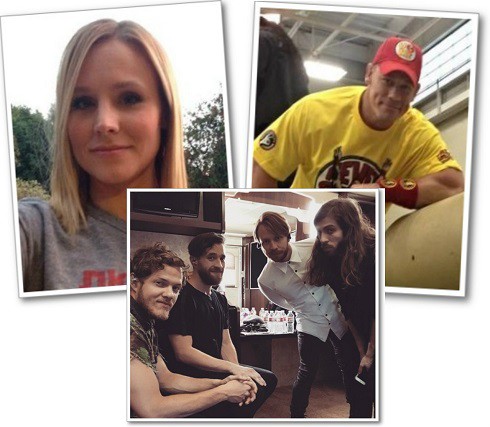 In between touring, recording, and/or filming, numerous celebrities use their fame to perform charitable works, often cheering up children who battle serious illnesses. Whether they work with the Make-A-Wish Foundation or simply reach out to families on their own, stars like Kristen Bell, John Cena, and Imagine Dragons really go the extra mile for fans. 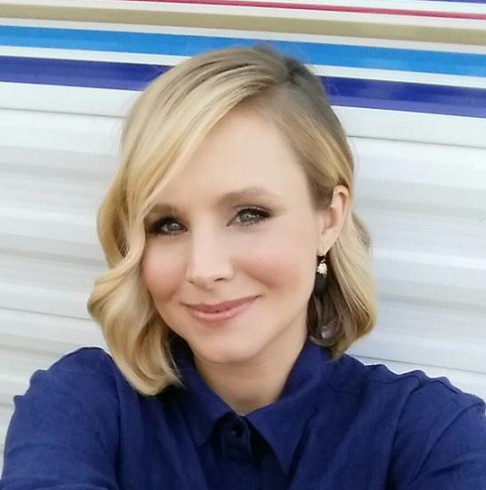 Despite being released almost two years ago, Disney’s Frozen remains a favorite for children everywhere, including 6-year-old Avery Huffman. Avery was diagnosed with Diffuse Intrinsic Pontine Glioma, a type of inoperable brain tumor, on June 30. Upon hearing the story of the terminally ill child, actress Kristen Bell, who voiced Princess Anna, left the Frozen fan a very special voicemail.

Kristen confirmed to ABC News that it is her voice on the recording. The voicemail begins with a greeting in Anna’s chipper voice, “This is Princess Anna of Arendelle. I just wanted to call and say, ‘Hello.'” She goes on to deliver a special message from Queen Elsa, telling Avery, “She has decided to crown you as an honorary princess of Arendelle.” A CaringBridge page with updates on Avery’s condition has been set up by her parents Amanda and Brandon. 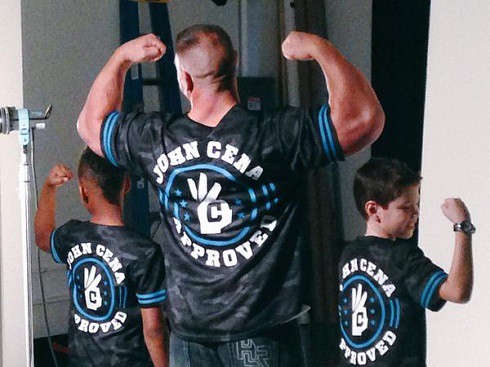 John Cena is a WWE powerhouse, a man who slays opponents in the ring on WWE Raw and WWE SmackDown. When he’s not bruising his opponents, John works with Make-A-Wish Foundation and to date, has granted over 400 wishes, more than any other celebrity. Most recently, he granted the wish of 7-year-old K.J. Lamar, who suffers from kidney disease. This ESPN clip highlights K.J’s story, including his opportunity to meet his idol and other WWE Superstars.

In addition to being given front-row tickets to Monday Night Raw as John’s special guest, K.J also played video games with John and received one-of-a-kind gifts, including a signed WWE U.S. Championship belt identical to the one John wears around his waist. 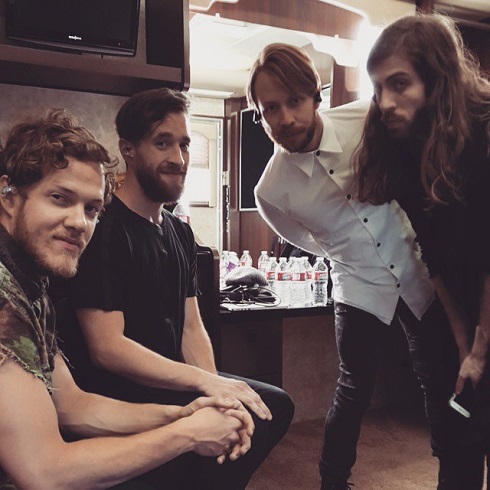 Rock band Imagine Dragons worked with the Ryan Seacrest Foundation during Shark Week to visit Levine Children’s Hospital in North Carolina. The band, known for hits including Demons and Radioactive, talked with young patients, signed autographs, and took photos during their visit.

This wasn’t the first hospital visit for the group, though. In June, a video circulated of a 7-year-old child by the name of Ireland Larson, who was hospitalized after heart failure. Ireland made the video promising the band “five dollars and some candy” if they came to visit her. After the video went viral, the band visited the young fan in her hospital room, according to Entertainment Tonight.

Other celebrities who have performed charitable work and granted wishes for children recently include Cody Simpson, Selena Gomez, Michael Jordan, and Katy Perry. More heartwarming stories of celebs doing good can be found at the Make-A-Wish Foundation website.