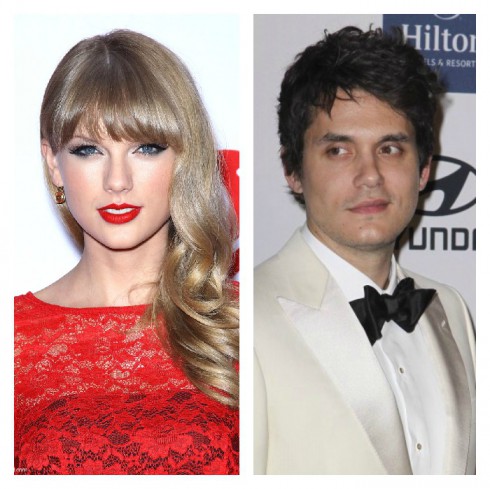 John Mayer lightened up the release of his new song, “Paper Doll,” with the appearance of Prancercise star Joanna Rohrback. But, was that just a red herring meant to distract from the song’s real featured lady, Taylor Swift?

John and Taylor infamously hooked up in 2009. Within the year, Taylor released “Dear John,” which many believed to be her least thinly veiled of all breakup songs — and that’s saying something.

John later said the experience was “humiliating.” So, it wouldn’t be shocking for him to take some revenge…

As soon as the single was released, musical sleuths rushed to examine lyrics for hidden meaning. What they found doesn’t seem to have been so hidden after all.

In the chorus, John sings, “You’re like 22 girls in one/and none of them know what they’re running from.” For that allegory, the dots seem to connect pretty easily: One of Taylor’s most recent singles is titled “22” and she sang about regretfully ignoring advice to “run away” as fast as she could in “Dear John.”

John also sings, “Someone’s gonna paint you another sky.” That may tie back to Taylor’s “Dear John” lyric, “You paint me a blue sky and go back and turn it to rain.” Other allusions are more vague — he’s dated many women in dresses, for example. But, it seems pretty clear that John was finally ready to give Taylor a taste of her own medicine.

UPDATE: During an appearance on the Today Show, John was asked if the song was about Taylor Swift, and he replied coyly “Yeah, songwriters write songs because of people, about people,’ Mayer said. ‘Anything someone else wrote is their reception of a song. I don’t get involved with [it]. It’s none of my business.”

How do you think Taylor should respond? Maybe they can make the rest of their careers out of going back-and-forth with musical jabs!

Is Taylor Swift in a Japanese McDonald’s commercial or does she have a perfect doppelgänger?