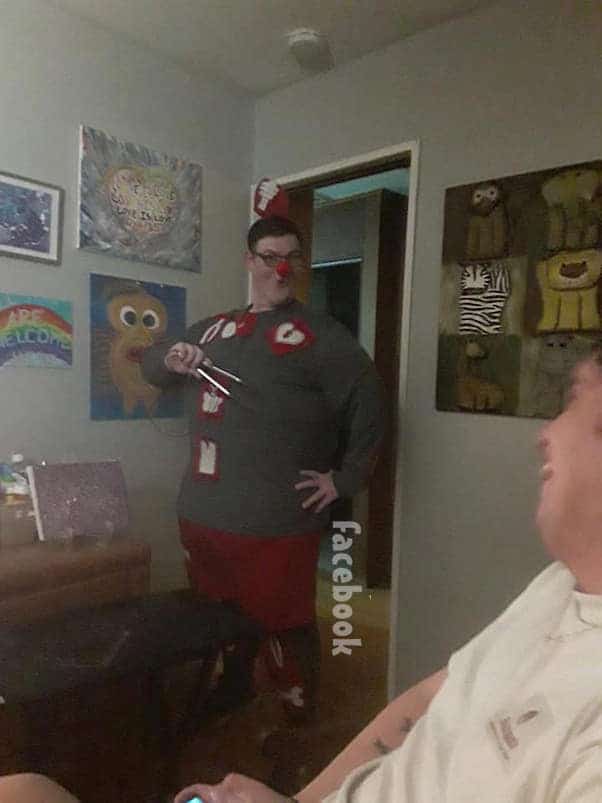 He’s lost well over 300 pounds, is learning how to use his voice to inspire people, and will soon embark on the biggest journey of his life. But what does Justin Williamson look like now? And how is the 685 lb teenager now? Justin, who recently revealed he’ll be moving abroad to pursue an incredible singing opportunity, looks better and happier than ever in his latest photos — and he has the support of his entire community behind him.

In a word: fantastic. Justin’s continued weight loss success regularly comes as a shock to viewers and fans who haven’t checked in with him for awhile. Though Justin first gained significant attention due to his obesity, nowadays, it’s in part because of just how much healthier he looks today.

My 600 Lb Life Season 7 participant Garrett Rogers drew comparisons to Justin with his 2019 debut on the show, after Dr. Nowzaradan told the 20-year-old he was on track to become “the world’s heaviest person” unless he changed his lifestyle. Clearly, advice like that was a motivating factor for Justin, but, if the photo at the top of the article — Justin in his Halloween costume for this year — wasn’t enough to convince you, consider this second Justin Williamson 2019 pic. Justin himself recently shared his contribution to the “2009 vs. 2019” challenge, and the change in his appearance is stark: 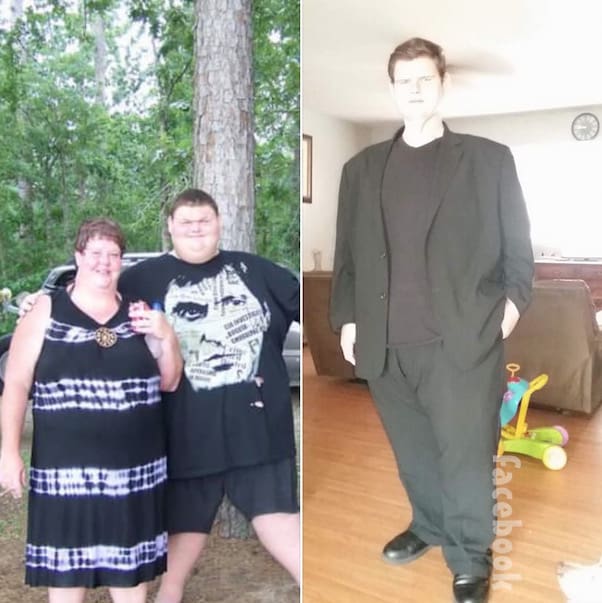 As we’ve noted before, the change in Justin’s appearance isn’t limited to just weight loss, significant though that may be. Viewers of The 685 Lb Teen regularly note a difference in Justin’s entire attitude: his facial expressions, his body language, and the language of his updates all indicate a completely different person than the frightened, talented teen who wowed on The Doctors back in 2015.

When asking “What does Justin Williamson look like now?”, it’s important to keep all of those factors in mind. Justin’s in a healthier place now thanks also to his continued participation in the music performance program at West Texas A&M, from which Justin will graduate next year. It would seem that getting to live his dream of singing for audiences on a regular basis has done Justin a world of good. (In another My 600 Lb Life connection, we can say the same thing of Season 7 cast member Brandon Scott, whose continued weight loss success mirrors his own growing confidence as a singer and songwriter.)

Which brings us to the happiest part of this particular Justin Williamson 2019 update. The former 685 lb teenager recently revealed he’ll be traveling abroad next year, to hone his growing opera skills at a music school in Germany. Last month, Justin’s proud mother shared the news:

Justin auditioned for a music summer program in Germany last week. His audition was in front of Maryann Kyle a world renowned Opera singer,performer and teacher. He will work with and be mentored by some amazing singers. He will be going to Germany for 2 weeks this summer. There will be some fund raising for the students picked to go from WTAMU through the year. I am so excited he will have this amazing opportunity it is going to be epic.. Thank you Jesus…

We haven’t yet come across any of the fundraising info that Justin’s mother mentioned, but we’ll update the article if we do.

Finally, Amarillo-based news agency MyHighPlains.com ran a new feature on Justin just this week. There’s an accompanying video, which we unfortunately can’t embed; click here to view it in the article itself. In addition to discussing Justin’s preparation for playing the lead in an operatic adaptation of the Thornton Wilder play Our Town early next year, the feature unveils yet another inspiring step in Justin’s journey: He’s hoping to have skin removal surgery after graduating next year.

You can keep up with Justin’s weight loss and musical journey’s on his Facebook artist page here. His debut single, “When I Sing,” remains for sale in the iTunes store. And his full-length reality TV debut is now available for streaming via TLC.