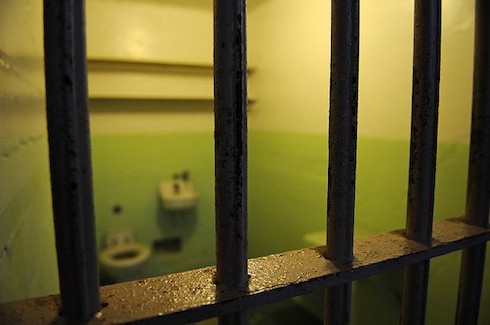 A New Zealand criminal used a fake name when apprehended by police. Unfortunately for him, the name he used belong to an actual wanted man.

According to the New Zealand Herald, a 23-year-old man was pulled over late Friday night just outside of Whangarei. When officers approached his car, the man gave a false name, instead of his actual, real one.

The officers then ran the name the man gave them, and came up with another New Zealand criminal–this one wanted for “violating [the] conditions of his bail.”

So, as police officers are wont to do, they returned to the now two-time New Zealand criminal’s car, and arrested him for the more serious crime of breaching bail conditions.

The party then headed to Ngawha Prison, where, as it turns out, officers were already familiar with the actual criminal that the 23-year-old had accidentally claimed to be. And it was thus that his ruse was discovered.

In New Zealand, people who breach bail conditions are not fingerprinted, which was how the 23-year-old was able to fake out the police in the first place.

He’ll next appear in court on the 23rd, to face charges of driving while disqualified, giving false details, and–perhaps most appropriately–”perverting the cause of justice.” Fortunately for him, bad luck is not also a criminal offense.

VIDEO What are funeral strippers? Why are they a thing in China?