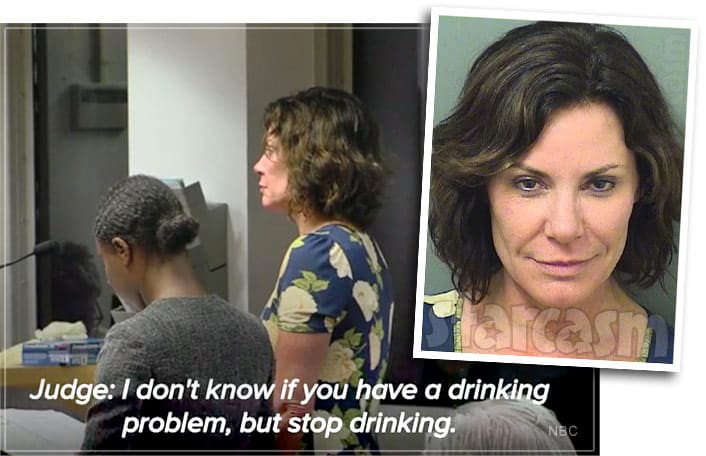 The Real Housewives of New York City star Countess Luann de Lesseps was arrested on Sunday morning in Florida after she was allegedly found in bed with a man in the wrong hotel room. She is facing multiple charges, including four felonies, after she refused to leave the room and later attacked a police officer who was trying to get her out.

The incident went down at the Colony hotel in Palm Beach, Florida where Luann had booked room 327. Luann reportedly had some drinks with a man at the Colony hotel bar on Saturday night before the two left together. According to the police report, the two erroneously entered room 407 where a maid was turning down the bed, and elected to stay.

A hotel security guard later arrived at the room and instructed Luann and her date they had to leave, but she refused. The report states that there were “multiple attempts to get both subjects to leave over a five minute period” before police were called.

Prior to the arrival of police officers on the scene, it appears (based on additional accounts from eyewitnesses) that Luann’s mystery man left the room and returned to the bar to ask a mutual friend, Julie Olson, to help him with Luann because she “wouldn’t understand she was in the wrong room.”

“I think I got there a little too late, when the damage was done,” Julie tells Page Six. The police report indicates Julie was in the room with Luann when police arrived and that both women “appeared to be highly intoxicated.” Julie, who reveals that the mystery man with Luann is “a guy she had previously dated” and “not a big deal,” says that the official police report got the timing wrong an claims officers were already in the room when she arrived. More from Page Six:

Olson, who said she lives in an apartment in the hotel, also denied that she “smelled of an unknown alcoholic beverage, had slurred speech and appeared to be highly intoxicated,” as described
in the report.

“It was so early in the evening. I was fine,” she said. 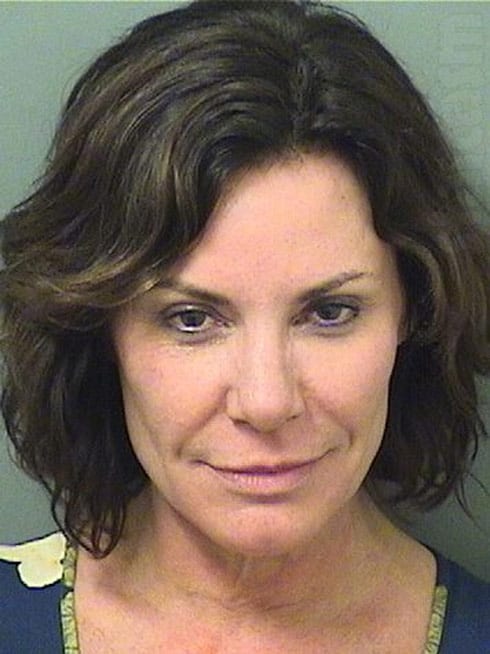 Going by the police report, Julie complied with the officers’ request that they leave the room, but Luann locked herself in the bathroom. Luann remained in the bathroom until officers began to use a key to gain entry, at which point Luann opened the door and allegedly shoved an officer named O’Leary in the chest before slamming the door on him and “striking him in the forehead.”

Luann was later apprehended, but things only got worse. More from Page Six:

After being handcuffed and put in the back of a police cruiser, de Lesseps allegedly slipped out of the shackles and tried to escape, screaming, “I’m going to f**king kill you” as the cops subdued her again.

She continued vowing that she was “going to f**king kill all of you” to both cops as she was brought back to the Palm Beach police station and tossed into a holding cell, the report says.

Luann was booked and charged with multiple felonies, including battery of a law enforcement officer and resisting an officer with violence. Here are all of the charges filed against Countess Luann:

Luann appeared in court in handcuffs Sunday morning and was later released on her own recognizance. Here is a video from NBC News:

It is not known at this time if either of the arresting officers were wearing body cameras at the time of Luann’s arrest. (Bravo fans might recall that Melbourne, Florida police were wearing cameras when Below Deck star Kate Chastain was arrested last year.)

Luann took to Twitter on Christmas Eve to apologize for her actions, and she blamed her antics on the fact that she was returning to Palm Beach for the first time since her wedding to Tom D’Agostino Jr. on New Year’s Eve of 2016: 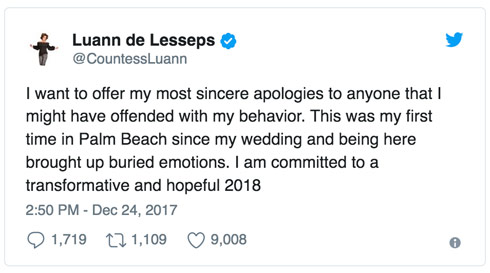 The felony counts against Luann are incredibly serious, and if found guilty of all of them she is looking at many years behind bars. I’m guessing that fans of The Real Housewives of New York City (like myself) might find this entire story to be quite funny, but I stopped myself from laughing immediately when I realized how different this whole thing might be perceived if the person arrested for the same things wasn’t a 52-year-old white female reality star. I assume that the prosecution will have to deal with that issue as well, and will be under a lot of scrutiny if it appears that Luann is shown any leniency. Stay tuned — I know I will!