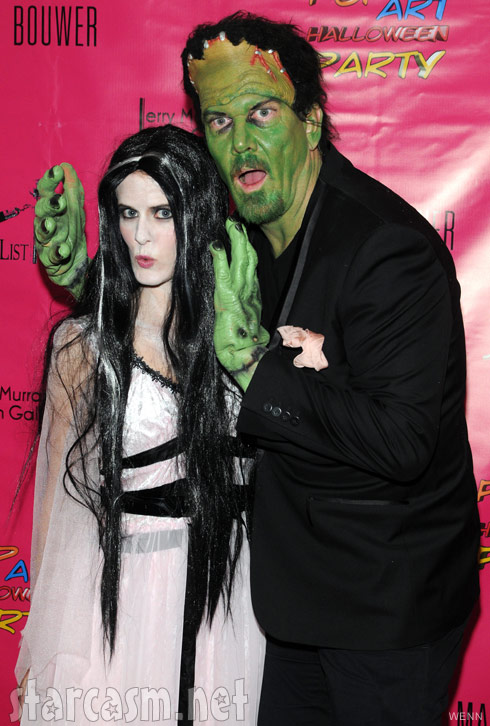 Former Real Housewives of New York City stars Alex McCord and Simon van Kempen aren’t going to let a little firing get in their way of having a blast! The couple livened up the red carpet at the Pop Art Halloween event last night in hilarious Lily and Herman Munster costumes.

Alex McCorticia and Frankensimon hammed it up big time, striking some fun and bizarre poses for photographers: 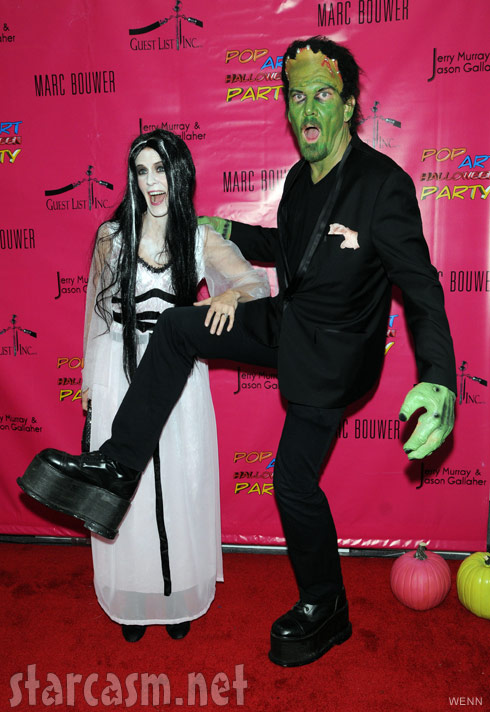 Here’s Alex McCord by herself as Lily Munster, just as Kelly Bensimon imagined her on Scary Island: 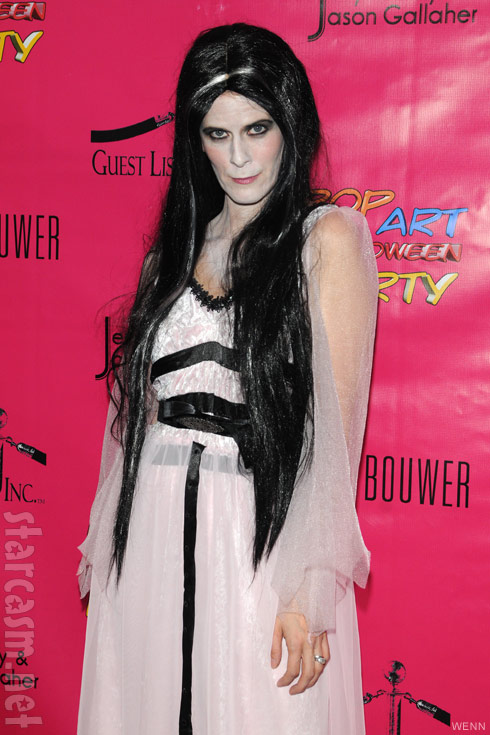 In case these images are making you lonesome for Alex and Simon, and you’re saddened because they won’t be returning to RHONYC in Season 5, you can relax! Simon van Kempen spoke with Wetpaint at the Sing for the Cause event benefiting the American Cancer Society on Friday, October 14 and all but promised the couple would be returning to the small screen one way or another:

We’re not closing the door on television. But let’s face it: we’re here with the Countess [LuAnn]. She’s staying on Season 5; we’re not. Leaving the show was somewhat bittersweet. There are things about having gone from Housewives that’s a relief. If the rumors are true and they open the door to come back, then, maybe not. But we’re not sad about leaving; the doors are certainly open because we’ve now left and whether it’s with Housewives or with Bravo or another network, that remains to be seen, but we’ll come back on your TV screens sometime in 2012.

Until then, here are a couple more parting shots of the two to tide you over… 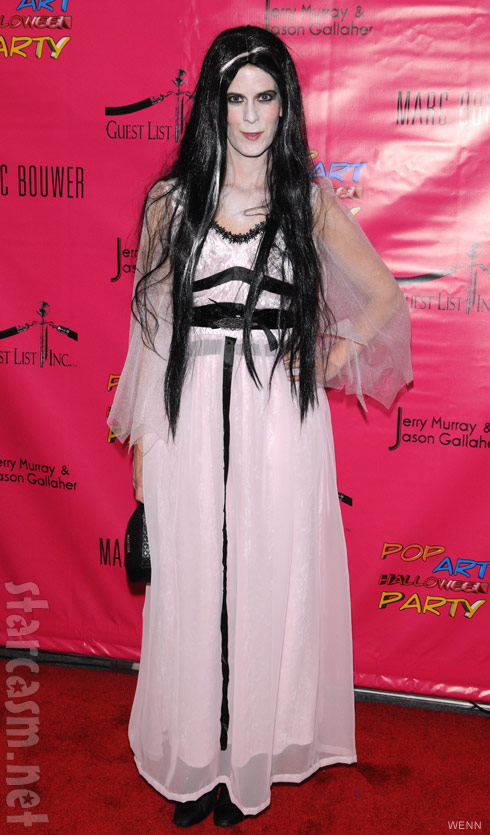 Why doesn’t Bethenny do interviews with the other Housewives?