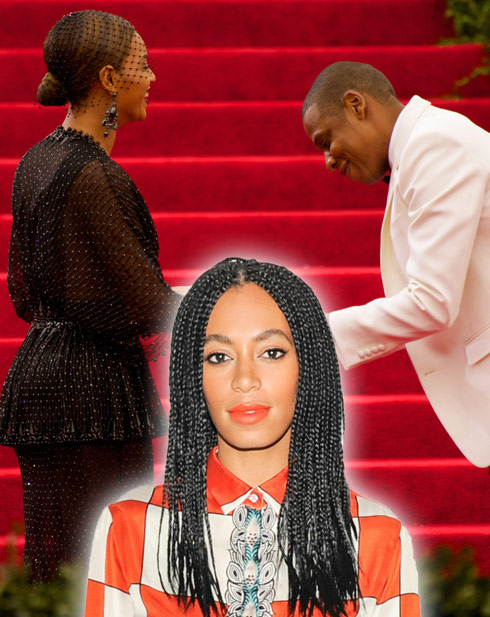 In one of the craziest celeb videos to surface in a long time, Beyonce’s sister Solange Knowles is seen putting a beat down on husband Jay Z inside of an elevator.

The video is from the recent MET Gala as TMZ obtained the surveillance footage from the elevator inside the Standard Hotel in New York.

Jay Z, Beyonce and Solange are seen stepping into the elevator in the clip and almost immediately Solange goes off – throwing and landing punches at Jay Z. A large man who’s presumably a bodyguard unsuccessfully tries to hold the irate sibling back. During the attack Jay Z manages to grab Solange’s foot as she attempts to kick him.

The large man appears to hit the emergency stop button in an attempt to keep this craziness inside the elevator. Afterwords all 3 walked out of the hotel together with Beyonce and Solange getting in one ride while Jay Z was escorted to another.

How Beyonce kept her secret album under wraps