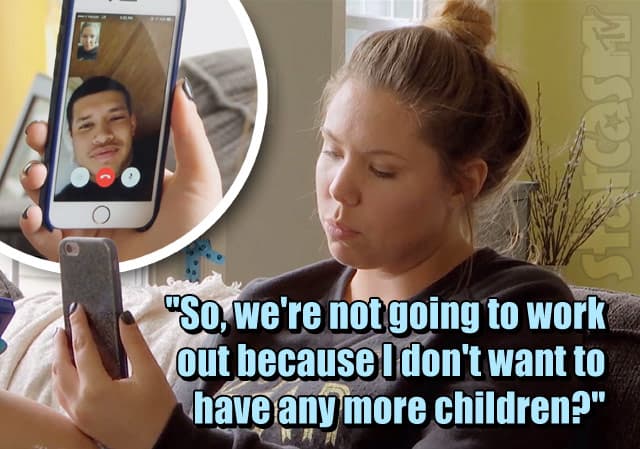 For Kail Lowry’s preview video, we have another clip of her and deployed husband Javi Marroquin talking via FaceTime. In this one they reveal what was apparently the biggest reason they decided to divorce.

“No, I don’t feel like anything is up in the air,” says Javi, rather shortly. “I feel like everything is where it needs to be and we texted and we talked about our future. So what’s up in the air?”

“I mean, I guess there is no future,” Javi reveals.

“Well, that’s a big reason why,” Javi says, before clarifying: “I didn’t say I don’t want to be with you, I said we’re not going to work.”

“Right,” Kail affirms. “So, we’re not going to work out because I don’t want to have any more children?”

“Right. And your excuse is bullsh!t,” says Javi.

We’ll end this post on a more positive note: a gratuitous shot of Lincoln being his too-damn-cool self: 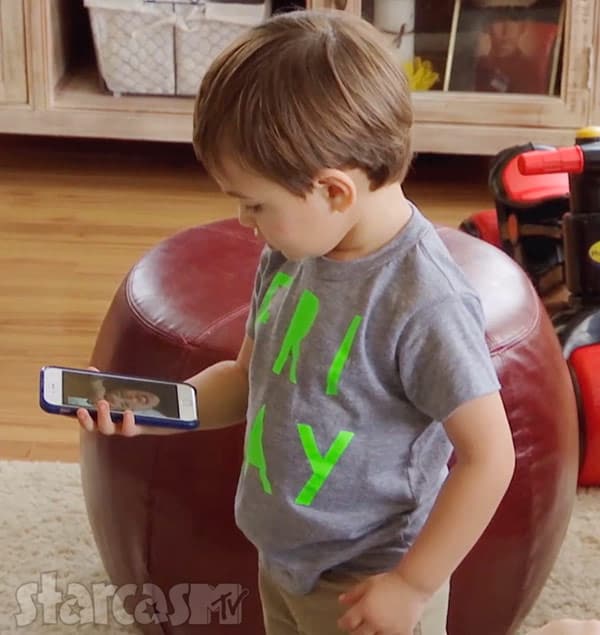