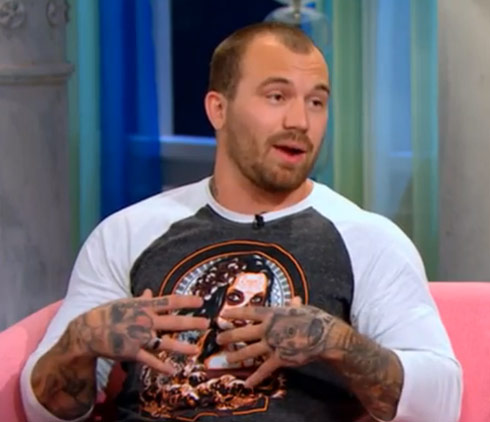 It’s time for Part 1 of the Teen Mom 2 reunion show tonight on MTV!

In a preview clip for the show, Chelsea and Adam disagree about the last time they “hooked up,” Lind fires off about his one “bulls**t” arrest and expresses his outrage at being called a bad dad.

Man, Lind got pretty feisty with Dr. Drew there!

One thing that’s become abundantly clear while watching and covering the show the last few years is that the only folks who’ve wanted Adam Lind off and on more than Chelsea Houska are the fine policemen and policewomen of South Dakota!

Now – we’re not sure which arrest Adam was referring to in the clip but just to be thorough here’s every article we’ve done regarding Adam Lind’s run-ins with the law:

September 15, 2013: Does Chelsea Houska’s ex Adam Lind drive with Aubree in the car after 3 DUIs? Plus, a timeline of his arrests since 2007