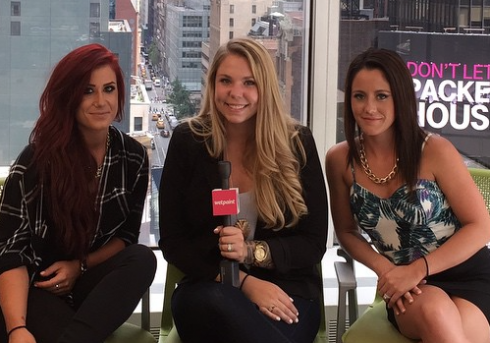 Is there a fight brewing between the stars of Teen Mom 2?

Jenelle Evans, Chelsea Houska, and Kailyn Lowry are currently in New York City doing press events for the upcoming season, and everything seemed to be going well on Thursday as the trio posed for photos and took part in interviews together. At some point things apparently started to go bad for Jenelle, however, and on Friday she vented some frustration via Twitter and Facebook which seemed directed at her co-stars:

Jenelle then retweeted this message about being betrayed by friends: 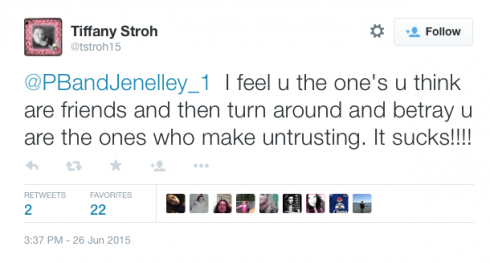 After an array of Instagram photos featuring all three girls were posted on Thursday, Kail and Chelsea posted photos with just them having fun together on Friday.

And The Ashley’s Reality Roundup points out that neither Chelsea nor Kail showed up for the “Epic Thursday” event at the Long Island nightclub Emporium hosted by Jenelle Thursday night — which might have added fuel to the fire.

Oh, and Jenelle retweeted a link to The Ashley’s article, which is titled “Drama Erupts at Teen Mom 2 Press Day: Jenelle Evans Complains About Co-Stars on Social Media,” which seems to lend some credibility to the co-star fallout story. Here’s the tweet:

And it should be noted that Jenelle is still following both Chelsea and Kail on Twitter, so at least that bridge hasn’t been burned.

I guess we might all find out exactly what happened towards the end of Teen Mom 2 Season 6 (perhaps similar to the Farrah Abraham versus Maci Bookout in New York on Teen Mom OG), which premieres Thursday, July 9 at 10/9c on MTV.