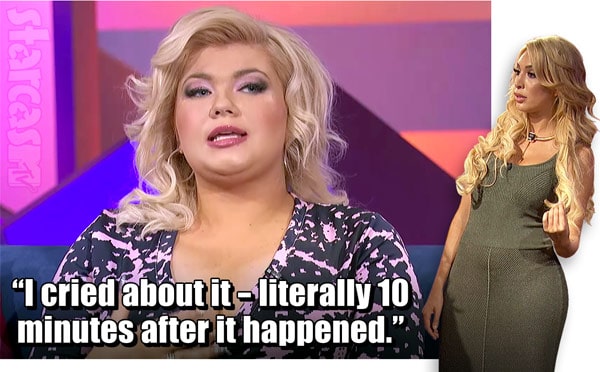 In a brand new preview clip for next week’s Teen Mom OG Unseen Moments special, Amber Portwood, Catelynn Baltierra, and Maci McKinney sit with Nessa and watch a video clip of Farrah Abraham doing her worst Mr. Rogers impersonation as she gives viewers a glimpse of what it’s like being her next door neighbor. After a derogatory comment from Catelynn, Amber shares her reflections on attacking Farrah during the Reunion.

First off, here’s the clip:

In the beginning of the video, we see Farrah having an argument with her neighbor — or at least her neighbor’s arm. (Unsurprisingly, it apppears that Farrah’s neighbor did not agree to have his/her face on camera.) “OK, so you know what? I’m going to just start yelling like you guys do,” Farrah yells, “and we’re going to see how well that works.”

Farrah turns to go inside and repeatedly throws up her hand dismissively as she says sarcastically “Have a good day! Have a good day!” Just before reaching the door, a much better reply occurs to Farrah and she turns to deliver it. “We have a better, classier life — have a good day!”

Throughout the clip we see an inset of Farrah’s co-stars watching it, and at this point Amber shakes her damn head and says, “Oh honey, please.”

When Farrah gets inside, she is obviously still flustered, but her daughter Sophia assures her that she “is the best mom in the world.” Farrah explains to her producer Heather that she is just not going to take any crap from her neighbors, and then she unleashes a golden Farrahism: “God bless ’em. God bless America, because no one wins when you’re neighbors with Farrah.”

As the iPad closes on the clip we are returned to the Reunion stage where Catelynn is telling Amber, “Dude, I’d be egging her house every day.”

“Only if you were at the Reunion show,” Amber says, before she then opens up about storming the stage and taking a swing at Farrah’s face. “I want people to understand what happened. It came from emotions. I cried about it — literally ten minutes after it happened. And — you guys have seen.”

Catelynn steps in and offers her support for Amber. “When somebody’s calling your man a pedophile, that is a disgusting, degrading word!” Amber echos the adjectives as the clip fades out.

Here is an animated gif of the air slap as well as one of the greatest screen caps I have ever gotten: 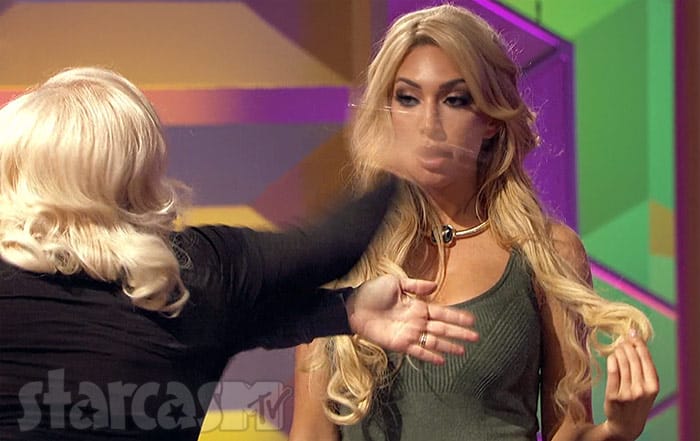 Clearly, the big brawl scene was the most unforgettable moment from the Teen Mom OG Reunion, and it’s the topic of conversation on social media and all of the Teen Mom blogs — but I feel that another potential hot topic from the Reunion and Unseen Moments specials is being tragically neglected. Yes, I’m talking about THE HAIR!

And I’m not just talking about the dueling Blonde on Blonde looks from Amber and Farrah, but how about Debra Danielsen’s wig?! If Amber hadn’t come screaming on stage and tried to b**ch slap Farrah in the face, I have no doubt that all we would be have been talking about this week is Debra’s wig! And that’s a shame, because I want to talk about Debra’s wig! Well, maybe not talk about it so much as pay homage with photos: 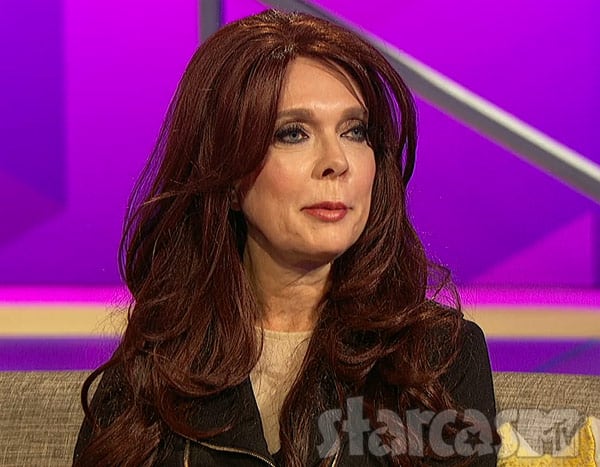 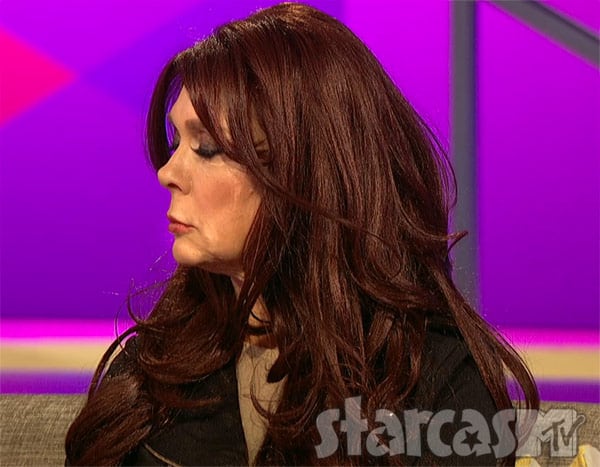 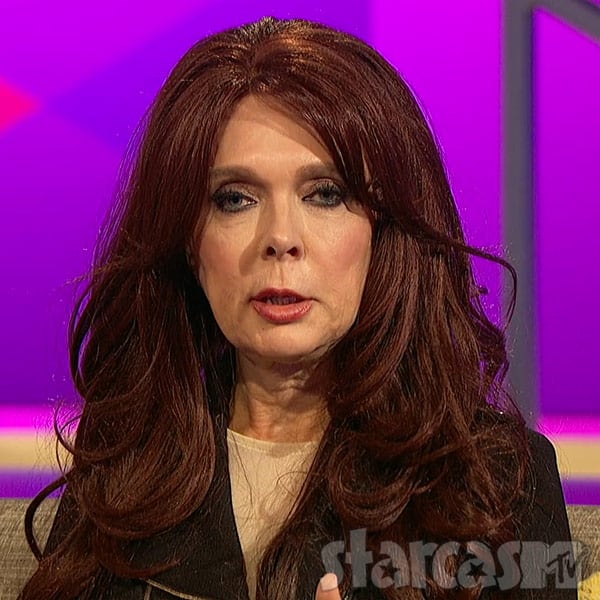 Ah, but Debra, Amber, and Farrah weren’t the only ones stepping up their hair game to a whole new level. Check out Nessa’s spectacular pouf ‘n’ braid ‘do y’all! 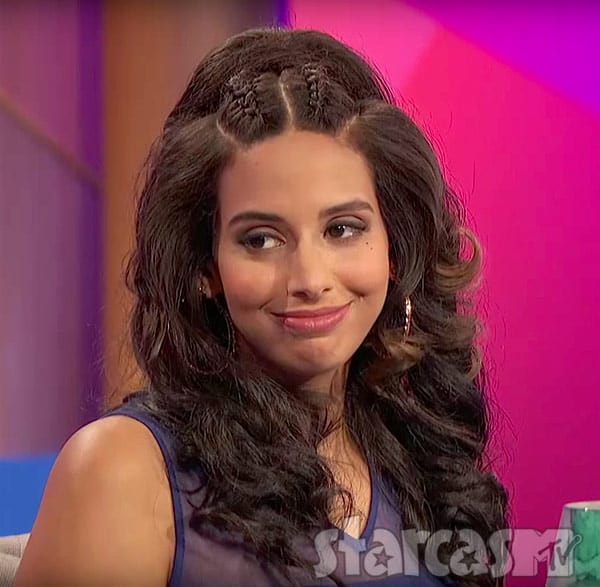 Oh, and another thing fans aren’t talking enough about in the wake of Mad Amber: Beyond Teen Momderdome is that we were all robbed of the closing scene where all the kids come out together. Even with all the parental outrage, I think it could have been a great way for MTV to sign off the season — with Sophia, Leah, Bentley, Jayde, and Nova all playing together, oblivious to the mama drama.

Perhaps there was something sort of similar that didn’t make the air that we can all see when the Teen Mom OG Unseen Moments special airs Monday, December 12 at 9/8c on MTV. And don’t forget, that will be followed by the Teen Mom OG and Teen Mom 2 dads’ Weekend At Corey’s special — you definitely won’t want to miss that! Although I can pretty much guarantee it won’t have any slapping and much, much less fascinating non facial hair.

PHOTOS Ryan Edwards out of rehab, goes after Maci with angry MLK ‘I Have A Dream’ meme?