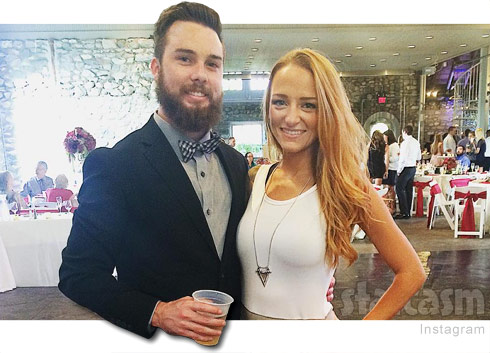 Teen Mom OG fans are still reeling from the surprise announcement by star Maci Bookout that she is currently pregnant with her third child and due in less than four months — and things continue to happen fast, as Maci just revealed she and fiancé Taylor McKinney have narrowed down the list of potential name selections to two!

In case you missed it, Maci already stated she is having a boy, which apparently has big-brother-to-be Bentley very excited. So, what will Bentley and Jayde’s little brother’s name be? Maci announced the final two options to MTV News: “The first one is Connor Reid, and the second one is Maverick Reid,” Maci says. “I like Maverick, and Taylor likes Connor.”

While you mull that over (i.e. get into a huge fight in the comments section), here is what our advanced celebrity geneticists predict little Maverick or Connor will look like: 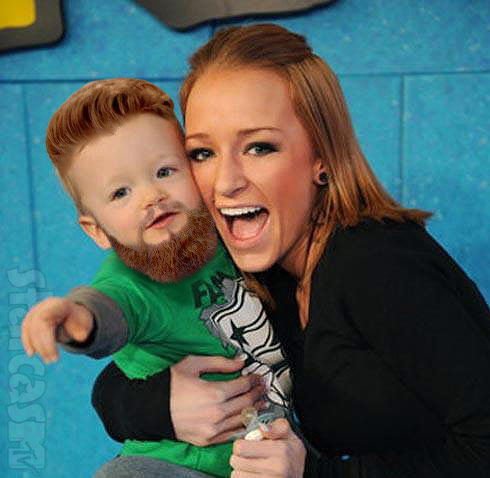 That’s a pretty handsome boy right there! Now, before you criticize what took us hours of hard work to come up with (i.e. we found a photo of little Bentley and used our “Taylorize It” kit), we think it’s safe to say it’s a little better than MTV’s prediction of what Jayde was going to look like. Right?

We’ll wrap this up with some major big sister awwwwwwww…

baby Jayde showing her little brother some love before bed ??? my heart is so full.