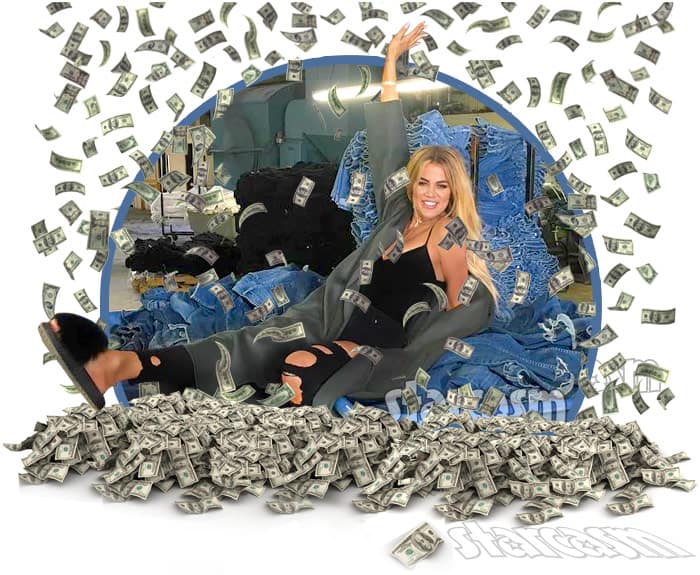 Even detractors of the Kardashian family have to admit they have great genes, and now those detractors may also have to admit at least one of them has great jeans! Khloe Kardashian’s Good American denim line was reportedly the biggest denim launch in apparel history and raked in ONE MILLION DOLLARS ON THE FIRST DAY!

What helps set the Good American line apart from others is that it is size-inclusive with sizes ranging from 0-24. “I think what was so crucial to Emma [Grede] and I, is creating a designer denim that was still trendy and cool and edgy that went into a variety of sizes that for some reason, the market feels like they don’t need to produce, which is really unfair,” Khloe said at the official launch event in mid October.

“I used to be a girl that would walk into a boutique and they didn’t have my size of denim and I was really body shamed into being too overweight,” Khloe revealed. “I couldn’t fit into their denim. So I’m fighting for all the real girls and all the girls with hips and curves, yes!” 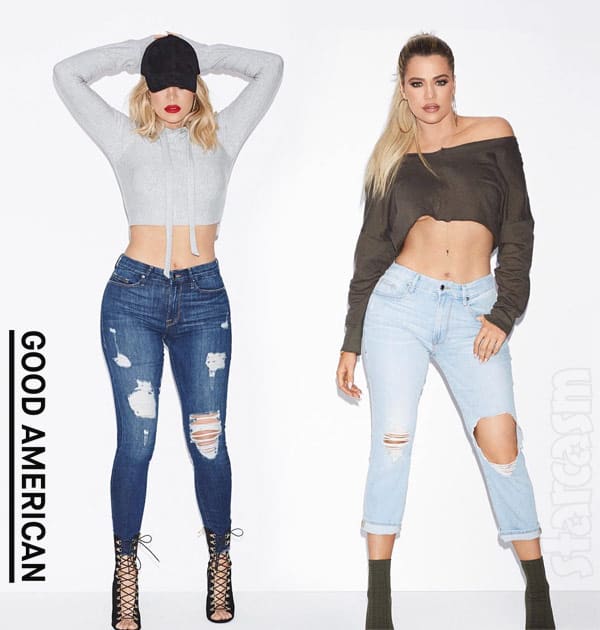 Khloe went on to say that she hoped the Good American line would be successful and motivate other labels to follow suit. “I know it’s going to be more competition but we want them [designers] to copy us and hopefully expand their line into larger sizes and to real woman sizes and to really embrace this trend,” Khloe said. “We want it to be a trend forever.”

Well, if the HUGE success of the Good American launch is any indication, this certainly will be a trend for the foreseeable future at least!

Here is the full press release from Good American on their successful first month of sales and their plans going forward: 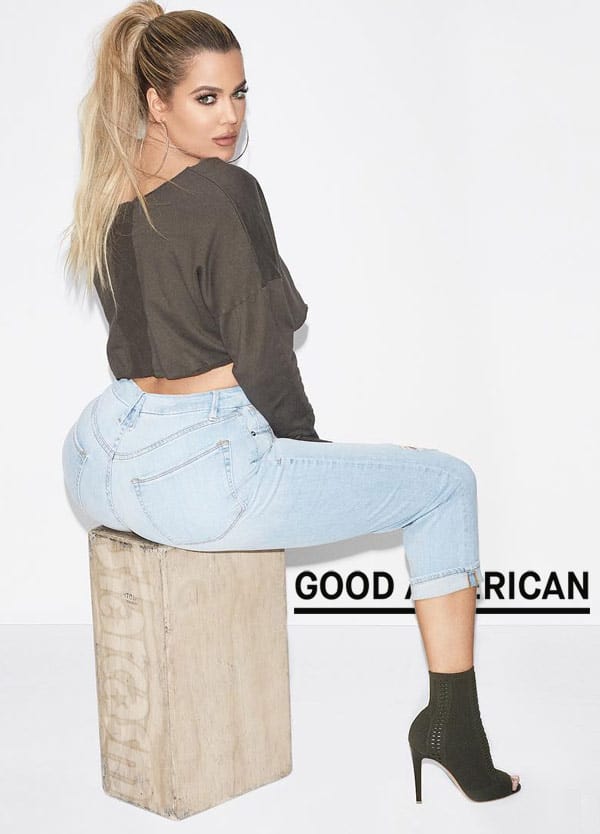 LOS ANGELES, Dec. 6, 2016 — Khloe Kardashian and Emma Grede launched Good American on October 18th, 2016 and after just over one month in the market, the pair have proven Good American is the biggest denim launch in apparel history. The young brand reached one million dollars in sales on its first day of release.

“I’m so happy with the success we have had in the last month, but we have so far to go. This is only the beginning,” says Kardashian. “What’s really encouraging is the customer response. When people try the jeans they fall in Love. The reviews speak for themselves and that’s something I am really proud of. We’ve created a product that works on a girl who’s size 00 and looks equally great in a size 24.”

Thousands of Good American customers have experienced the product does exactly as promised: the denim makes curves look beautiful. A true American luxury product. “We’re a brand with a specific purpose. We want our customers to look and feel great in anything they ever wear from Good American,” says Grede. “Making curves look good is not just something we say, it’s a demand our product has to deliver for our customers. We eat and sleep fit. Khloe and I believe passionately in creating the full size range and marketing our brand using a diverse mix of amazing women.”

Good American recently announced that from the end of January 2017, the premium company based in LA, will drop new product on a bi-weekly basis, while maintaining the bestselling styles for as long as they can keep them in stock. The collection will expand into other key denim items including skirts, shorts and jackets.

Good American is available at goodamerican.com and a selected Nordstrom stores in sizes 00-24.

Congratulations to Khloe on becoming the latest Kardashian/Jenner gal with a HUGELY successful business venture! I can’t imagine how many young ladies out there are wearing Khloe jeans and Kylie makeup while playing Kim Kardashian Hollywood! (I’m guessing that number drops dramatically for those also wearing a pair of Rob Kardashian’s socks.)

* Just in case you were feeling a bit of Dénimjà vu as far as Kardashian selling jeans goes, you aren’t crazy. The older sisters previously pushed a denim line as part of their Kardashian Kollection partnership with Sears back in early 2012. If you don’t remember the jeans, then you might remember the PG-13 marketing that featured Khloe, Kourtney, and Kim showing off their good genes in ONLY good jeans.

We’ll leave you with more photos and videos of Khloe showing off her own Good American assets:

Join me on 10/18 @nordstrom_thegrove to celebrate the launch of @GoodAmerican, 4-7pm. The first 125 people to purchase Good American denim on 10/18 at Nordstrom at The Grove will receive VIP/Festival access to the event! I am SO excited to see everyone there and celebrate this launch with you guys!!!! LOVE YOUR CURVES!! #goodsquad #nordstrom

Omg you guys thank you so much for all the support!!! ?I'm so excited you love the @goodamerican styles!! Which is your fav?? Goodamerican.com

Just chillin in my Good Americans

KUWTK – Scott Disick is reportedly in a luxurious rehab