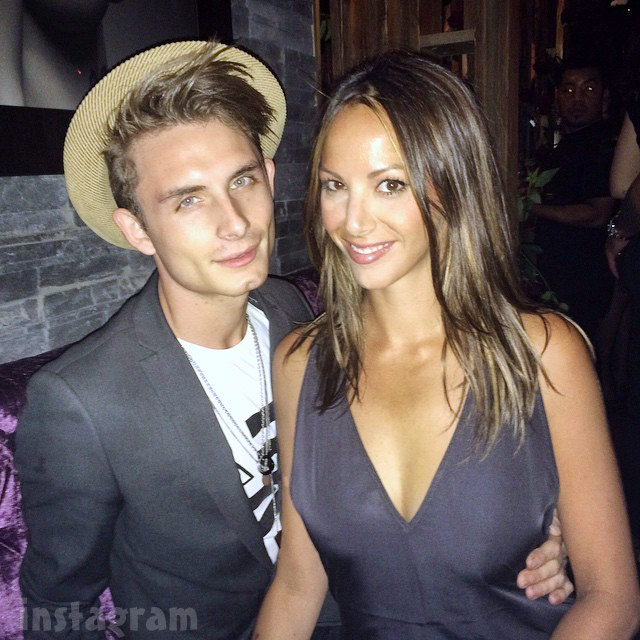 Vanderpump Rules has officially wrapped shooting on Season Four. You know what that means: The juicy details of life at Lisa Vanderpump’s restaurant Sur are starting to surface! Is it hot in here, or is it just the steam coming from the deep-fried goat cheese appetizers?

Season Three left us with lots of unanswered questions. Foremost among them: Would Kristen Doute and James Kennedy stay together? Well, the word is out…and the answer is a resounding no. Kristen Doute is finally done with the British boy-toy and aspiring D.J.

The duo’s tumultuous relationship was a major storyline on the show last season. We all watched Kristen struggle to move on after breaking up with her long-term love (and one-time co-worker) Tom Sandoval. While Tom made it clear that he was finished with Kristen, and his heart with was with new paramour Ariana Madix, Kristen was desperate to win him back–even though she was dating James. It was just like your favorite soap opera, only slightly more confusing.

So, does this mean Kristen still has designs for Tom? She’s taking the break-up in stride, and even shared a link to a story about the split on Twitter, making it clear that she is ready to start the next chapter of her life which hopefully means leaving her exes–all of them–in the past.

Rumors were already circulating that Kristen’s dating someone new. Kristen confirmed those rumors earlier today, revealing to Us Weekly that she met her new boyfriend Brian Carter using the dating app Bumble (which I will pretend is a dating site for people who really love bees). There’s no word on how serious these two are, but Kristen feels comfortable enough to share his name with the press and to tweet pictures of their trip to the zoo with her friends, so this ain’t no fling!

Here are the photos she tweeted just a couple of hours ago:

thank you @sdzsafaripark for our private tour and my new giraffe best friends #pumprules pic.twitter.com/bEzf7Qjp1B

A new relationship at Sur can mean but one thing: Drama ahoy! Hopefully we’ll get to meet him on the show.