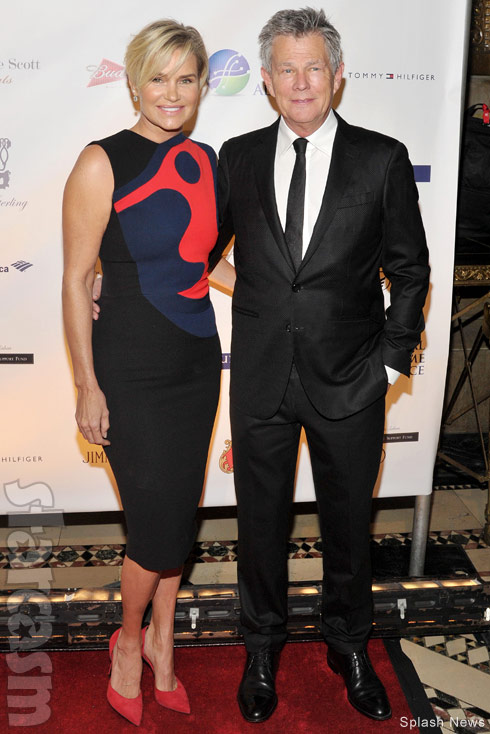 In a bit of unexpected news, The Real Housewives of Beverly Hills star Yolanda Foster and husband David Foster have announced they are getting a divorce after four years of marriage.

“Sadly we have decided to go our separate ways,” the couple reveal to People in a statement. “We’ve shared 9 beautiful and joyous years together. During that time we experienced love, friendship and the inevitable challenges that come with managing a marriage, careers, blended families and health issues.”

This is the second marriage for Yolanda Foster, who was previously married to RHOBH regular Mohamed Hadid. Yolanda had three children with Mohamed, including super model Gigi Hadid (20), Bella Hadid (19) and Anwar Hadid (16).

For award-winning music producer David Foster, this is his fourth time heading to divorce court. He has a total of five daughters from his previous marriages.

The couple’s statement continues: “We are grateful for the years we’ve spent together and believe wholeheartedly that we did our best. I hope that we can pave the road ahead of us with all we’ve learned and with the love and respect we will always have for one another.”

The announcement comes on the same day as The Real Housewives of Beverly Hills Season 6 premiere, airing tonight at 8/7c on Bravo. I’m sure there will be much speculation on how much the upcoming season affected David’s motivation to split as it appears as though Yolanda is looking to follow in Brooks Ayers’ unfortunate #Cancergate footsteps as she attempts to prove she does actually suffer from Lyme disease. (She has already talked about sharing her medical records.)

Beautiful ending to a beautiful chapter of our life…… Colorful memories of Love, Life and Family will live within our hearts forever…… #SaluteToMalibuMagic #ByeByeHomeSweetHome #OverAndOut

We’re saddened by the news of Yolanda and David’s split, but at least there are no young children involved — and by all appearances, it seems as though the split is amicable. I suppose we will learn more on the upcoming season of The Real Housewives of Beverly Hills!