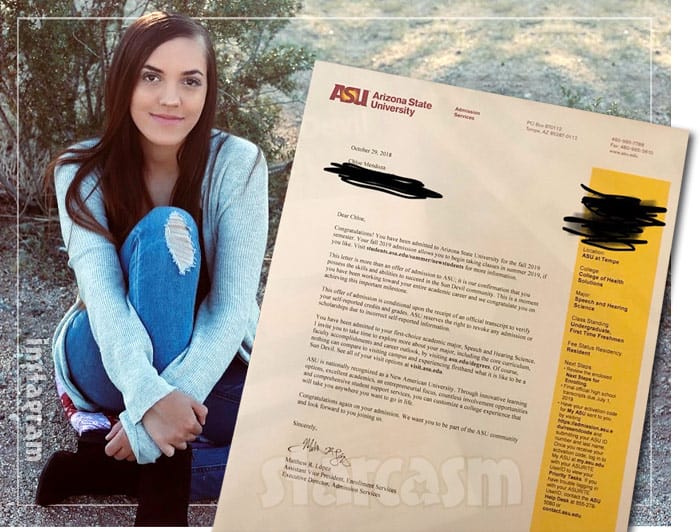 Unexpected mom Chloe Mendoza is going to college! Both Chloe and her proud mom Jessica shared the news on social media that Chloe has been accepted to Arizona State University for the 2019 fall semester.

“Guess who got their admission letter to ASU??” Jessica captioned a photo of Chloe’s acceptance letter on Instagram. “Congratulations to my beautiful daughter Chloe! Sky is the limit my love… #ProudMama #futurespeechpathologist”

Chloe confirmed her mom’s use of the #futurespeechpathologist hash tag when she was asked if she has decided on a major yet during an Instagram story Q&A session. “To be a speech pathologist,” Chloe responded, along with a photo of the Arizona State University website revealing that she was accepted into their Speech and Hearing Science program.

Even though the acceptance was for the fall of next year, Chloe’s letter states that she is eligible to take classes as early as this summer if she wishes. Chloe has not revealed if she plans on doing that, or waiting until the fall.

The Arizona State main campus is located in Tempe Arizona, which is essentially a suburb of Phoenix where Chloe and her family live. In addition to the main campus, ASU also has three other campuses in the Phoenix metropolitan area, so I assume that Chloe will be able to remain at home while she attends — if she so chooses.

Speaking of where Chloe chooses to live, she was also asked on Instagram whether or not she plans on taking Ava and moving in with Ava’s dad Max Schenzel when she turns 18 — which I believe will be in July of next year. Chloe left the door open with her indecisive answer of “mmmm maybe.”

Of course, her decision may be impacted by Max’s sentencing for his theft conviction, which has been delayed several times and is now scheduled for December.

Another important factor in any decision Chloe makes about her future is whether or not she returns for another season of Unexpected. Producers of the show have already posted casting calls for Unexpected Season 3, but it is still unclear which — if any — of the current moms will be invited back.

The show was able to sustain its very impressive audience throughout the course of its sophomore run, so I find it hard to believe that producers will not be bringing back a majority — if not all — of the moms. Perhaps they are considering following in the footsteps of MTV with an Unexpected 2 spin-off either with all new moms, or with just some of the OG moms on each? Hopefully we will have an official announcement from TLC soon! 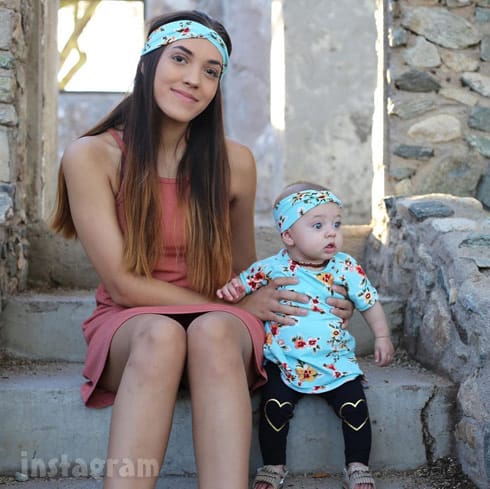 Meanwhile… CONGRATULATIONS to Chloe! I know her mom Jessica alienated some viewers during the season, but I truly believe that she and Chloe’s stepdad will provide a very stable support system for Chloe and Ava if Max is truly out of the picture. (I also truly believe that Chloe’s parents would support her being in a relationship with someone else, as long as that person demonstrates at least some of the positive qualities that Chloe’s parents do not see in Max.) A college degree is certainly a possibility with that kind of support, but I don’t know if it would remain an option if Chloe moved out of her parents’ house and in with Max.

Regardless, the Injunction Against Harassment against Max prevents him from interacting with Chloe, aside from texting about their daughter, for at least a year — or perhaps until Chloe turns 18, whichever comes first. So, it seems that Chloe’s first semester of college will be while she is still living at home.

If you’re a little over-anxious to get updates on Chloe and Ava, then be sure to subscribe to her YouTube channel!