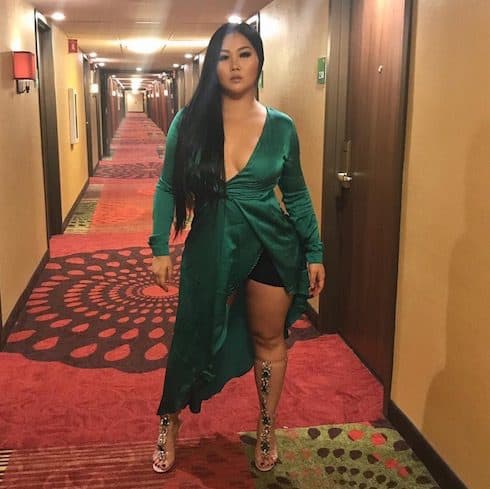 Young Bae from Black Ink Crew has some harsh words for the well-established male artists in her industry. According to Bae, aspiring female tattoo artists who want to learn the craft get told ‘Suck my dick’ by their would-be mentors — and those men mean it literally.

Bae made her attention-grabbing statements in a just-released interview on The Domenick Nati Show. Though she doesn’t name names, the claims are especially striking when you remember that Young Bae has definitely dealt with more than her fair share of difficulty and hard knocks. (Plus, she’s a first-time mom to a five-month old, which means she’s operating on precious little sleep and has even less reason than usual to hold herself in check.)

First of all, here’s Young Bae’s unabridged comments on sexual harassment in the tattoo industry, followed by our transcription:

When asked if she supports the #MeToo movement — and whether she’s “ever experienced sexual harassment in [her] life or [her] career” — Young Bae had this to say:

Yes. I’ve been through a lot of, like, ‘Oh, you’re a woman, you can’t do this, you can’t do that’; ‘Oh, if you want to learn, you gotta suck my dick.’ No, you suck my f*ckin dick, f*ck you. You know what I’m saying? [Laughs] That’s always been me. That’s why I have my own business — because I couldn’t deal with that. Like, naah. I suck dick whenever I want to suck dick, not because I have to suck dick….I didn’t even have money when I opened up my shop. I just opened it up because I couldn’t deal with that.

Then, when asked if the dick sucking in question was literal or figurative, Bae outlined a sketchy scene. “They like, ‘Oh, yeah, I’m gonna teach you how to tat — so, like, what’s good tonight?’,” she explained. “I’m like, ‘Nothing is good tonight! Nothing is good, and, first of all, your tattooing’s wack.'”

And when asked if she thinks propositions like these are the norm for women in the tattoo industry, Bae again answered in the affirmative.

“I think so, because, like — I’m not gonna speak for everybody else, but I’ve seen that a lot,” she said. “‘Cause this is a male-dominated industry. For us [as women], we need to say ‘No!'”

Of course, Young Bae herself remains as relentlessly positive as ever. Shortly after the interview went live, she shared an Instagram update full of her usual gratitude and humility:

I thank god for everything that he’s given me everyday. I wanna say so much but I won’t. ?? just have some “mountain moving faith” and you can have anything that you want. Not on your time tho always on God’s time. #begrateful #havefaith #stayongodspath #bepatient #dontworryaboutwhatothersthink #pray and #win ❤️??

We should also point out that Young Bae does indeed own Diamond Tattoos NYC — and that her shop already had a solid reputation before Bae joined the cast of Black Ink Crew. If anybody’s going to level the playing field for women in the tattoo industry, it will be people like Bae, who are both established unto themselves, and unafraid to speak out for that reason.

Farrow vs Allen: Woody Allen dated a 16-year-old model when he was 41

Young Bae from Black Ink Crew would like another baby