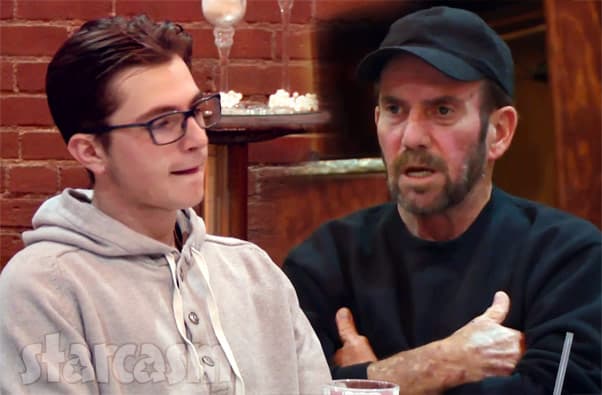 TLC Unexpected dad Caelan Morrison and McKayla Adkins’ grandfather Tim have never gotten along, and earlier this year their animosity reportedly escalated to the point of a physical altercation!

An inside source tells us that the incident went down some time around March or April when Caelan was still allowed to visit his children at McKayla’s grandparents’ house. McKayla was reportedly upstairs while her grandfather Tim and grandmother Cynthia supervised Caelan’s visit with Gracelynn and Timothy.

It’s unclear what happened specifically, but tensions and voices began to rise between Caelan and Tim, which eventually resulted in the physical altercation. We’re told that Tim’s dog intervened and was a major reason the fight didn’t escalate further than it did.

Tim was reportedly bloodied during the incident, and Caelan was reportedly bruised. According to our source, the police were called and there was an incident report. However, charges were not filed.

The altercation may be among the things McKayla vaguely referenced in her custody update YouTube video last month. “Things were going pretty good,” McKayla said of the time after she moved back in with her grandparents. “Then, just some drama went on, and I just got to the point where I decided that [Caelan] wasn’t in a good place to see the kids. I just basically didn’t let him come around whenever he wanted, and then something went on, and then something else went on…it just wasn’t a good time in
our lives, and he wasn’t seeing the kids for a while — mostly because it was my decision.”

She later said of her and Caelan’s troubles that “it’s out there for the world to see since TLC filmed it.” It’s unclear if cameras were rolling during the altercation.

Our source also tells us that roughly a month after the fight between Caelan and Tim a restraining order was taken out against Caelan by McKayla. The order was temporary and expired 30 days later after McKayla did not attempt to renew it.

In case you missed it, McKayla and Caelan are currently back together yet again. I simply cannot imagine what the reactions must have been when they revealed their reconciliation to McKayla’s grandparents and Caelan’s mom Shelly!

Unfortunately, #McKaelan reunited after the taping of the Unexpected Tell All, so we will not get to find out what those reactions were until next season — if McKayla and Caelan return again.

Here are the most recent videos from McKayla and Caelan in which she shows off their new home and then cuts her own hair: