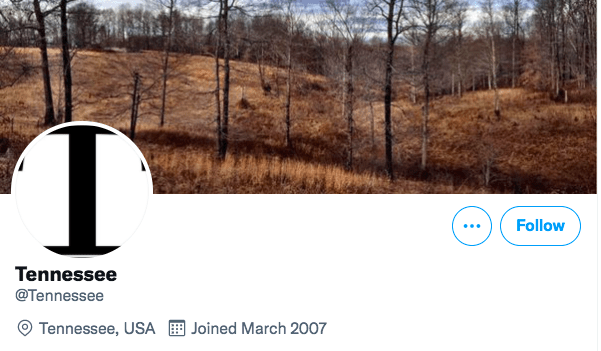 The Twitter handle @Tennessee is not owned by the government or a business. It was snatched up in 2007 during the early days of Twitter by a proud resident of the state, a decision that ended up costing him his life.

@Tennessee was a sparsely used account that last tweeted in 2019 about college football. In 2020 the account’s owner, 60-year-old computer programer Mark Herring was harrassed online about giving up the account.

Soon, the threats and harassment moved from outside the online space to real life in a terrifying campaign to scare Mark into giving up this coveted Twitter handle. Mark had received many offers to sell the account over the years, but he didn’t want to sell. He had a love for the state and enjoyed being one of the first people to sign up for Twitter.

His harassers didn’t just target Mark, but they also went after everyone in his family. They called them, sent them pizzas, and ultimately engaged in a “swatting” attack.

Swatting is when people call the police claiming that crimes are taking place at the victim’s address, which triggers the police to show up to investigate. This eats up police time and resources, and can also have severe consequences for the swatting victim.

In April 2020, police in Mark’s jurisdiction received a call claiming that a woman had been murdered at his residence, and that pipe pomps were planted and ready to go off.

The police had “arrived prepared to take on a life and death situation,” and had asked Mark to walk towards them with his hands up as they pointed their guns at him. As he walked towards them, he started to stagger and then fell to the ground. Mark Herring had died of a heart attack facing police at gunpoint after wrongfully being accused of murder.

Mark was just one of six victims of 20-year-old Shane Sonderman, who is also from Tennessee. Shane had been targeting and harassing others to try to get them to give up their Twitter handles. Because Mark refused to give him his @Tennessee Twitter handle, Shane posted Mark’s personal information on his Discord, an action known as “doxxing.”

Other people around the world who were a part of his Discord then used Mark’s information to harass, send pizzas, and, in the case of a minor from the U.K. call the police to report a murder and bombs at Mark Herring’s home.

Last year another one of Shane Sonderman and his co-conspirator’s victims had the fire department called on their house over an Instagram handle. After the false fire alarm, the victim received a message threatening to kill their parents if they didn’t give away their Instagram account.

On July 21, 2010, Shane Sonderman was sentenced to five years in prison for one count of conspiracy, which is the maximum amount he could be sentenced under the law.

“Although it may seem inadequate, the law is the law,” Federal Judge Mark Norris said. “The harm it caused, the death and destruction….it’s almost unspeakable. This is not like cases we frequently have that involve guns and carjacking and drugs. This is a whole different level of insidious criminal behavior here.”

So far the U.K. resident minor who placed the call that brought police to Mark Herring’s door has not been charged with a crime and will not be extradited to the U.S. because he’s a minor.