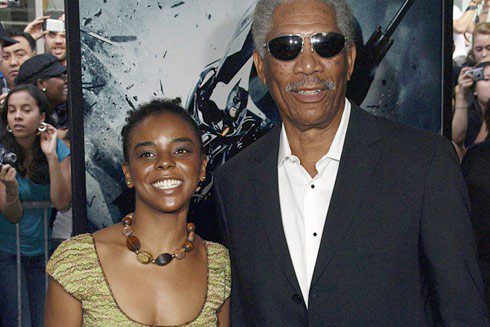 In an incredibly tragic story that only becomes more distressing, the murderer of Morgan Freeman’s granddaughter E’Dena Hines claims in court that E’Dena revealed an “inappropriate sexual relationship” she had with Freeman. 30-year-old Lamar Davenport was in a troubled relationship with E’Dena before he stabbed her 25 times outside of her apartment. In addition, Lamar’s lawyer has presented as evidence text messages E’Dena sent Davenport about “grandpa feelings,” and says E’Dena disclosed to Davenport and others that she and her grandfather were sexually involved.

“He was calling to ask me,” Hines allegedly texted to Davenport, during a long conversation about she and Freeman’s relationship. “I blocked him for myself not for you because men who equal grandpa feelings don’t need to be in my life at all.” Hines was apparently referring to troubles she was having with an older man, and compared this relationship to “grandpa feelings.”

Davenport responded with a more direct reference to a possible inappropriate relationship with E’Dena’s real grandfather. “When it comes to…your grandfather, there’s a submissive love that will always be there,” he texted back.

In 2009, the National Enquirer released a dubious-sounding story claiming that Morgan Freeman had plans to marry his granddaughter Hines. The story made the tabloid rounds for several years; at the time of its initial publication, Freeman called it “defamatory.”

The beloved 80-year-old actor’s response to the recent allegations by was to tell the paparazzi who brought it up “I don’t even know what you’re talking about.” 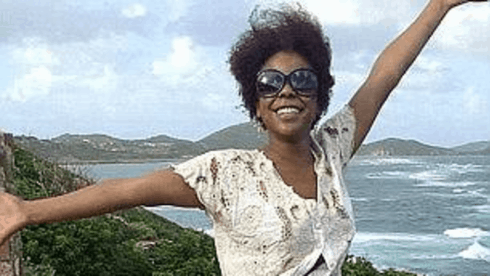 Lamar Davenport is seeking an insanity defense for the murder of E’Dena, which occurred outside of her Washington Heights apartment in the summer of 2015. Davenport stabbed E’Dena 25 times. The two had been going through relationship issues, but Davenport’s defense alleges that those issues had nothing to do with Davenport’s motive for murder.

Instead, his attorneys are arguing that Davenport was so high on drugs that he could not determine the “nature or cons” of what he was doing to his girlfriend.

Last Monday, forensic psychiatrist Jeremy Colley testified as an expert witness for the defense. According to Colley, Davenport was so influenced by PCP and “mental disease” while stabbing E’Dena that he was unable to distinguish right from wrong. Colley also said that Davenport thought he was “releasing demons” from E’Dena.

“His releasing demons had absolutely nothing to do with their prior tension in their relationship….The theme of his delusions were about redemption — not about killing, not about murder,” Colley testified.

Ultimately, the statements made in court about Freeman and Hines’ relationship don’t prove or disprove anything. They do, however, open up further speculation about troubling rumors that have once again begun to circulate.

Morgan Freeman ain’t scared to snort him some weed