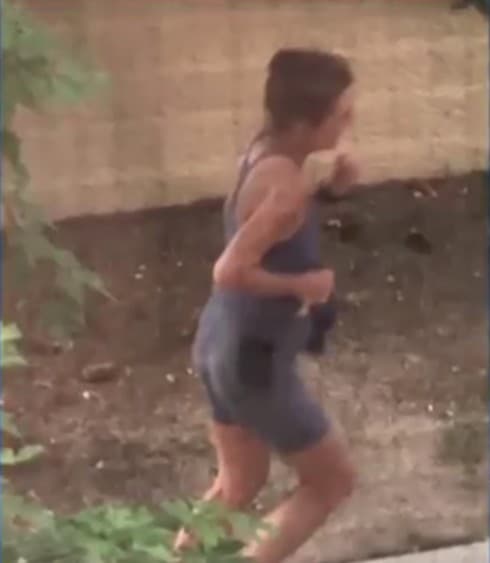 Police in Colorado Springs have a real mess on their hands with a flagrantly defacatory runner who’s come to be known as the Mad Pooper. According to local station KKTV, the Buddle family is resorting to a “smear campaign” to try and shame the unknown woman into stopping her trou dropping–since she’s made a habit of choosing the path right outside their front door to relieve herself.

Mom Cathy Buddle says her kids were the first ones to catch the Mad Pooper in action, and described the scene thusly:

They are like, ‘There’s a lady taking a poop!’ So I come outside, and I’m like, ‘Are you serious? Are you really taking a poop right here in front of my kids? She’s like, ‘Yeah, sorry!'”

Buddle claims the Mad Pooper leaves her waste–which includes the paper towels she uses to wipe–at least once a week for the past seven weeks. And compounding matters is the fact that the family lives right next to a public park, meaning public restrooms are “less than a block away.” So, in Buddle’s mind, there’s no doubt that the woman responsible is dropping the kids off at the pool on purpose: “This is intentional.” (Buddle also called the woman’s behavior “targeting.”)

Colorado Springs Police Sargeant Johnathan Sharketti, who would be solving big-city murders and butting heads with the Chief on a TV procedural called Sharketti if there were any justice in this cruel world, sounded baffled. “It’s abnormal, it’s not something I’ve seen in my career,” he said. “For someone to repeatedly do such a thing…it’s uncharted territory for me.”

But who is the Mad Pooper? Though the woman has been caught in the act several times, security camera footage has snapped glimpses of her, and Cathy Biddle posted a sign near the poop spot intended to shame the woman, so far, no one has any idea–even though the perpetrator is squeezing them out in broad daylight. If you by chance have a Mad Pooper tip for the CSPD, you can contact them at 719-444-7240.

Finally, here’s KKTV’s report on the Mad Pooper, which features fewer puns than you might expect:

(Photo credits: Who is the Mad Pooper screengrabs via KKTV)