Directed by Michael R. Roskam with a screenplay by Dennis Lehane adapted from one of his short stories, The Drop is a crime thriller-love story with a twist. It’s set in a world where no one can be trusted, but almost all of the film’s heart and tension centers around Rocco.

He was a pit bull puppy who had to be played by three separate dogs because they kept growing up during filming (this is a common practice with dogs, and even babies.) Here’s Tom Hardy at the New York premiere with Zora, one of the fine actresses who portrayed Rocco:

A video about the movie, featuring Rocco:

It can’t be easy to make a serious crime thriller that centers so much of the plot around a puppy, and this film nails it. 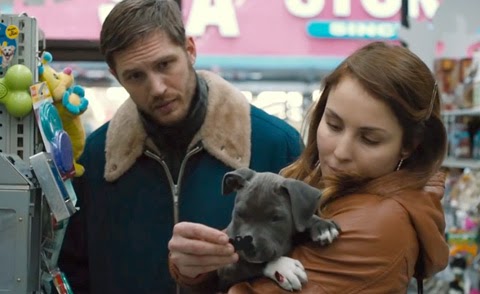 It’s also not often that you come away from a suspenseful movie that exposes the dark underbelly of human nature with an intense urge to adopt a rescue puppy. 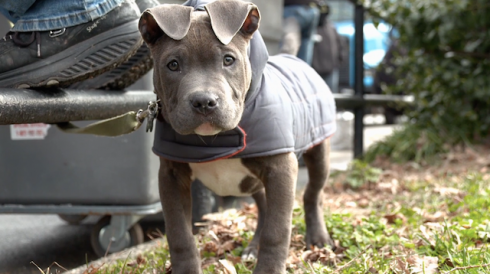 Is The Revenant based on a true story?