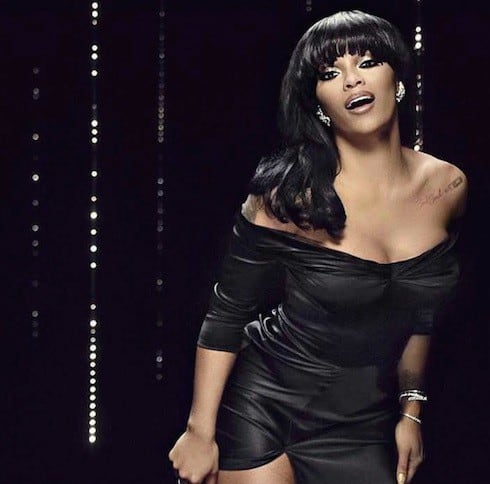 It’s pretty much impossible to come away from the Love and Hip Hop Atlanta Season 5 super trailer without thinking that this is going to be the most over-the-top, complicated, flat-out dramatic season yet! VH1 just released the six-minute clip in advance of Love and Hip Hop Atlanta Season 5 Episode 1, which premieres tonight. Before you check out the trailer, though, see how many of these storylines you can keep track of:

-Stevie J. and Joseline’s drama continues upon their return from Hollywood, with Stevie and Mimi seeming to entertain the idea of getting back together and Joseline threatening to blackmail everyone in sight;
-Mimi has a new lover, whom she might just be using as cover for her true feelings about Stevie;
-K. Michelle also returns, and Rasheeda looks ready to declare open war on her;
-Lil Scrappy and Young Joc are moving in together, which will definitely not cause any drama for anyone else in the cast;
-Tammy rejoins the show after stepping back for Season 4, and immediately butts heads with the Love and Hip Hop Atlanta Season 5 cast’s first transgender cast member, producer D. Smith.

And that’s just the drama involving the returning cast! Here’s the Love and Hip Hop Atlanta Season 5 super trailer, which offers another look at the many first-time cast members:

Basically, if you’ve been suffering drama withdrawals since Love and Hip Hop New York ended its season a couple of weeks ago, don’t worry: Atlanta will fulfill your needs and then some! And, if you still want more Love and Hip Hop Atlanta Season 5 spoilers, here’s a list of related articles that should get you set. You’ve been warned:

LHHATL Season 5 preview: Are Stevie J and Mimi Faust back together?

Who is D. Smith? Photos and bio of new LHHATL cast member