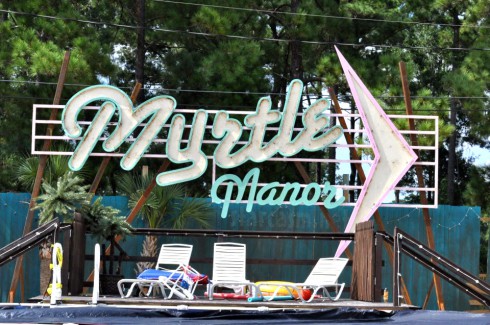 We’ve been excited about TLC’s newest Southern reality show venture Welcome To Myrtle Manor ever since the trailer-park-based series was announced waaaaaaay back in December. But, since that time it has been crickets from the network… Until today! TLC issued a press release officially announcing Welcome To Myrtle Manor will premiere March 3 as well as lots of details about the concept of the show and its many many many many characters!

Here’s the full press release with some photos tossed in:

(Los Angeles, Ca.) TLC shows a slice of Southern beach life in WELCOME TO MYRTLE MANOR, a new ten-part series that follows the crazy antics at a trailer park in Myrtle Beach, South Carolina. Premiering Sunday, March 3 at 10 PM (ET/PT), each sixty-minute episode takes viewers along for a wild ride with these quirky mobile home residents as their lives collide in this proud, tight knit COMMUNITY.

Formerly Patrick’s Mobile Home, Myrtle Manor has been handed down from generation to generation. The trailer park landlord Becky took over the reigns from her father and owner of the park, Cecil, and is feeling the pressure to succeed. The recent name change and other improvements to the establishment– including a new hair salon and above ground swimming pool – are part of a larger effort to turn the mobile home COMMUNITY into a “5-star resort.” A transient COMMUNITY, the residents of Myrtle Manor come from all walks of life – some have lived there for 30 years, others only 30 days and like the legions of tourists visiting Myrtle Beach, they treat everyday like a vacation. From wacky hijinks and relationship drama, to evictions and backyard brawls, there’s never a dull moment inside the Manor. While at first glance it seems very different from the places most of us live, at its core, it’s a neighborhood and although these colorful characters may argue, scream and fight, at the end of the day, they abide by trailer park law – you mess with one, you mess with the whole trailer park.

MEET THE RESIDENTS OF MYRTLE MANOR: 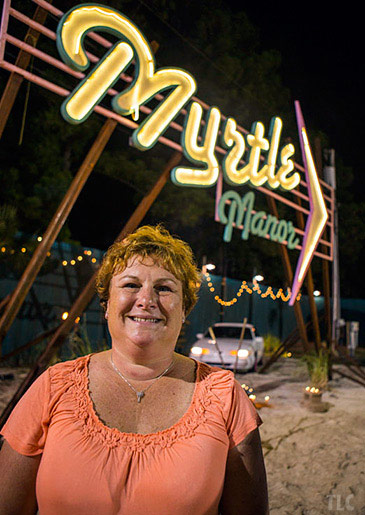 Becky Robertson: The Trailer Park Landlord
Myrtle Manor has been in Becky’s family for generations and now her father Cecil is turning over the business to her. Will she turn it into the five-star trailer park she has always dreamed of or will Cecil have to fire her before Myrtle Manor falls apart?

Jeana Futrell: Becky’s Aunt
Miss Jeana (with a J) is Becky’s aunt. Having just split from her husband of over 20 years, Jeana is making a fresh start in Myrtle Manor with her motorcycle, her new look, and her no excuses approach to life.

Cecil: Becky’s father, brother to Jeana, Owner of Myrtle Manor
Cecil is the patriarch of Myrtle Manor and one of Myrtle Beach’s largest landowners. Cecil’s daddy built the trailer park and now Cecil is entrusting the family legacy to Becky. If she cannot keep the money coming in and the riff raff going out, Cecil may have to reconsider the future of the park. 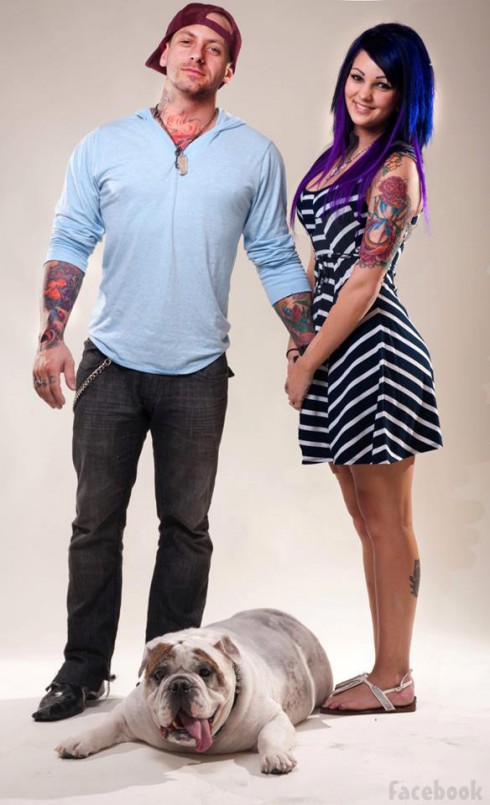 Taylor Burt: Local Club Promoter
Taylor is the king of Myrtle Beach nightlife. When he’s not at the club, Taylor is trying to manage his volatile relationship with his live-in girlfriend, Jessica. And if he needs any help, his mom Anne lives in the trailer across the street. 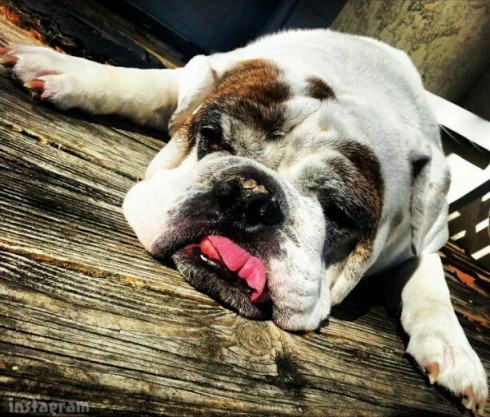 Gus: Taylor’s Dog
Gus is Taylor’s wingman, his confidant and his best friend. When not drooling all over Taylor’s trailer, Gus is watching over Myrtle Manor. 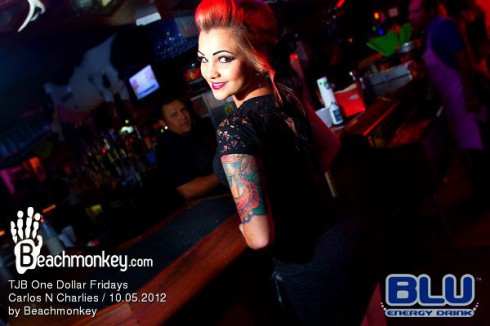 Jessica Burke: Taylor’s Girlfriend
With her fire engine red hair [that changes hue often] and piercings, Jessica is hard to miss at Myrtle Manor. The young beauty can be found flirting with the boy next door or fighting on the front porch of the trailer that she shares with her boyfriend Taylor.

Anne Johnson: Taylor’s Mother
Anne lives across the street from her son Taylor. With white wine in hand, she tries to keep the peace between Taylor, Jessica and all of Myrtle Manor. A little quirky, Anne’s wisdom is uniquely Myrtle Beach.

Jared Stetson: The New Guy
After drifting from place to place, Jared storms into Myrtle Manor on his crotch rocket. Seeing Jared down on his luck, Miss Becky has a soft spot for him and literally gives him a new lot in life with a beat-up Airstream on a patch of grass. Jared can live rent free until he gets a job if he earns his keep by doing odd jobs for Myrtle Manor. He wants to do right by Becky, but will his wild ways get him into trouble?

Chelsey Keller (Fairly certain that is her last name): Darlin’ Dog Wiener Girl
Chelsey is the co-founder of Darlin’ Dogs – a struggling hot dog business on wheels. Chelsey is determined to create a hot dog empire on the boardwalks of Myrtle Beach, but when all the earnings go to parties and booze, the Darlin’ Dogs will have a hard time making rent at Myrtle Manor.

Amanda Adams: Newest Darlin’ Dog
Wearing a “Bless Your Heart” trucker hat and a whole lot of attitude, Amanda is the turtle hunting, four wheel driving redneck of the Darlin Dogs Empire. The Weiner Girls, Chelsey and Lindsey, found their new co-worker at a bar and they better be careful, because Amanda’s motto is, “You can’t call someone a true friend until you get into a fight.”

Gina Shelley: Co-owner of Tangulls (Myrtle Manor hair salon) and hairdresser
Miss Gina has lived in Myrtle Beach all her life. When Becky wanted to give the trailer park a new image, she looked no further than Miss Gina to open a salon in Myrtle Manor. Although she doesn’t live in the park, Miss Gina is more than happy to have Tangulls serve as the rumor mill for the residents.

Roy Bullord: Co-owner of Tangulls (Myrtle Manor hair salon), hairdresser and former drag queen
Roy might not be your average good ole boy, but Roy is as Southern as they come. Originally from a small town in North Carolina, Roy moved to the “New York of the South” after beauty school. He’s worked the pageant route and is considered one of the top make-up artists in Myrtle Beach. Roy is the first to admit that his lips and cheekbones are surgically enhanced, but his man boobs are all his. 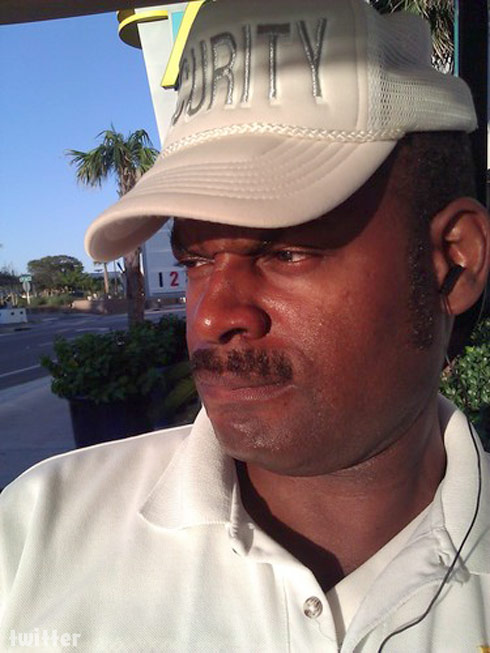 Marvin Gerald: Security Guard
Marvin is this five-star trailer park’s head of security. Marvin’s job is to ensure the safety of the residents, direct traffic and help Miss Becky keep the rules enforced.

Bandit: Jingle Writer
This jingle writer, hot rod driving and New Yorker Roger is also known as “Bandit.” His deluxe doublewide may look fancy on the outside, but inside, the roaches and mold are threating his makeshift recording studio. With his livelihood in jeopardy, Bandit is a jingle session shy from being evicted by Becky.

Miss Peggy Beaulieu: The eyes and ears of Myrtle Manor
Miss Peggy is the oldest resident at Myrtle Manor, but this little old lady has some surprises in store. Not your average Grandma, Miss Peggy reminds everyone you only live once and Miss Peggy is here to LIVE. 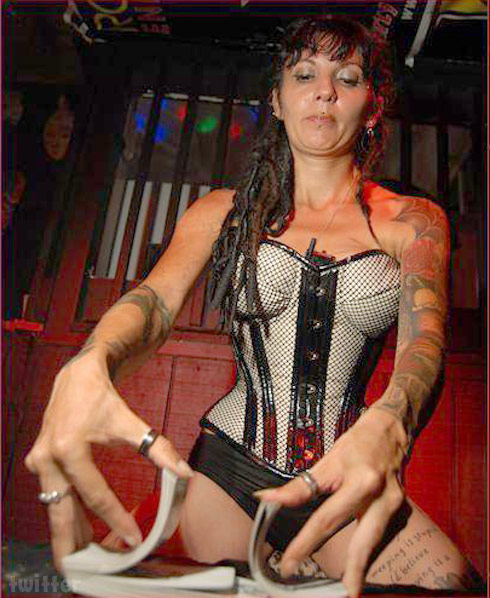 Shellie Rowell: The Wiccan
Shellie, one of Myrtle Beach’s few and proud Goth wiccans, resides at Myrtle Manor. As the owner of a Goth/Metal Club on the boardwalk, her odd hours keep the trailer park residents talking. Ask her what kind of witch she is and she will explain there is no such thing as good or bad witches. Just witches.

Alyson Johnson: Becky’s Daughter
Alyson is Becky’s youngest daughter and the princess of the park. Currently in school for business, she one day hopes to take over management of Myrtle Manor.

WELCOME TO MYRTLE MANOR is produced by The Weinstein Company and Jupiter Entertainment for TLC.