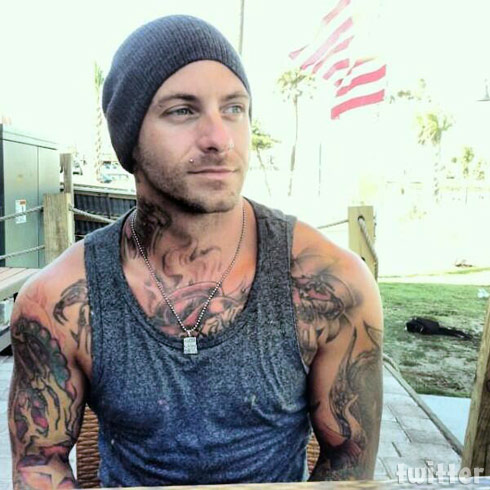 Last week TLC released the preview trailer for Welcome To Myrtle Manor Season 2 and as we commented in our post about it there seemed to be a couple notable things missing: namely, tatted nightlife maestro Taylor J. Burt and his bulldog Gus. We asked Taylor about his absence from the trailer (and the trailer park) and he had a pretty damned good explanation — he’s going to be on a completely new reality show!

Taylor shared the announcement with his fans on his Facebook page earlier today:

I would like to thank everyone for all the love and support y’all have shown me this past year, and am pleased to inform y’all that I am in the early stages of development for a new TV series featuring myself (although I cannot release details on that at this time)! I am very much looking forward to watching my Myrtle Manor family on their season 2 premiere! Stay tuned for details of my new TV project!

After his announcement, Taylor spoke with us about his upcoming show, whether or not we will be seeing him at all on Welcome To Myrtle Manor Season 2, and of course, Gus.

STARCASM: Can you reveal any details about the new show? What the concept will be, what network it will be on, when it will premiere, or who else will be on it?

TAYLOR: I can’t reveal any of the cast or the concept, but I can say that it is groundbreaking in its concept, and will be a very honest show, as well as entertaining. 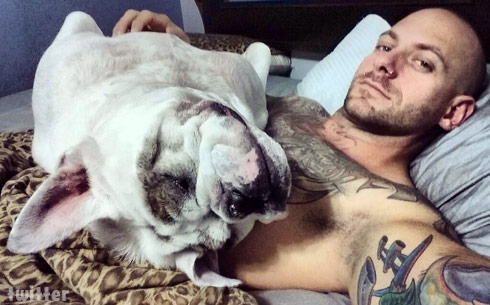 Will we be seeing much of your bulldog Gus (seen with Taylor in the photo above) on the new show?

Gus is my main man, and we are always together. Where I go, he goes!

Will we see you (or your mom Anne) at all on Welcome To Myrtle Manor Season 2?

Yes, my mom, Anne, plays a major part on this season of Myrtle Manor, and I am very much looking forward to watching her life and character progress throughout the season.

Myrtle Beach is slowly becoming quite the reality show mecca with Myrtle Manor, CMT’s new show Party Down South and Teen Mom 2 star Jenelle Evans relocating there this year. What do you think about the inevitable criticisms from locals about the shows “making Myrtle Beach look bad?”

I’ve seen the trailer for Party Down South, and it looks very entertaining. That show and Myrtle Manor shared an executive producer, so I knew about that show long before it was released. I am friends with a couple people on that cast, and they are very funny people, and I’m looking forward to watching them as well.

As far as “making Myrtle Beach look bad,” people need to remember that these shows are not about Myrtle Beach, they are just filmed in the area. The worldwide exposure our area is getting now is amazing for a town that thrives off of tourism. I’ll never understand how people, surviving in a tourist town, can bash something that brings tourism. It’s mind baffling to me…. Many of the locals who have formally said so many negative things about the show appear as background extras in Season 2. Funny how that works out, huh? Hell, Los Angeles is depicted in countless films as a cesspool of crime, gangs, murder, rape, etc,. and people still have dreams of going there. I’ve never heard anyone saying they won’t visit Orange County or Atlanta because of the Real Housewives shows… but the same thing happened in New Jersey when Jersey Shore aired. People in that area HATE that show, but that show has brought MILLIONS and MILLIONS of tourism revenue to the Jersey shore. And Myrtle Manor is actually pretty well liked around the world, regardless of what some of the locals here like to spout out over social media. And im born and raised right here in Myrtle, why would I ever do something that would affect my home in a negative way? I wouldn’t.

Speaking of Jenelle Evans, you and her have been photographed together on numerous occasions — is there any chance we will see her make an appearance on the new show?

Jenelle, Nate [Jenelle’s boyfriend Nathan] and I are all friends. I’m looking forward to watching them on the new Teen Mom 2 season. However, crossing shows is a very difficult thing due to contract and no compete clauses, etc. It isn’t impossible, but it is difficult. 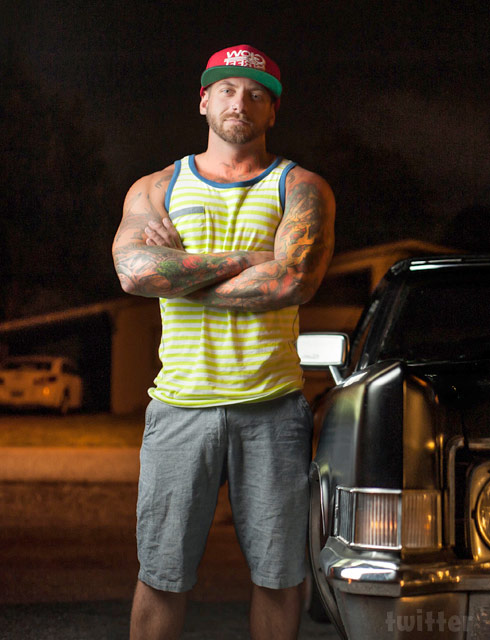 You had a couple run-ins with the law in 2013 — can you give us an update on the status of those?

Well, unfortunately, being in the spotlight puts a target on your back for all kinds of off-the-wall things. Any person in the spotlight whether it be TV, movies, music, etc will attest to this. My situation is no different, and in time, the truth will come out. And you will hear about it when it does!

Judging from Welcome To Myrtle Manor Season 1, things didn’t really work out between you and Jessica Burke. (See: the infamous peeing incident.) What is the current relationship status of Taylor J. Burt?
Jess and I maintain a friendship after our relationship and filming ended. After Jess I briefly dated Molly from Americas Next Top Model, who is an awesome girl, and then dated a wonderful girl from New Jersey who now lives in Myrtle Beach. Are we still dating or am I involved in anyone else? Well, that is a topic that may or may not appear on the new concept.

You seem to be Myrtle Beach’s late night party scene guru — so if people (over 18) are looking for a good time in Myrtle Beach on a Saturday night, where should they go?

Well, all my events are 18+, and always a great time. If anyone is ever interested in where I’ll be on a given night, my social media will have a flyer posted. @taylorjburt on everything.

As Taylor mentioned, you can keep up with all things TJB on Facebook, Twitter and instagram. Thanks to Taylor for talking with us and we look forward to hearing more about his new show! Until then, keep an eye out for his pop ins on Trailer Park: Welcome To Myrtle Manor Season 2 premiering Thursday, January 16 at 10/9c on TLC!