We don’t often do reviews here at Starcasm, but after watching last night’s premiere of TLC’s new reality series Welcome To Myrtle Manor I found myself wanting to not only share my praises for the show, but also defend reality shows as entertainment in general.

For some reason reality shows get frowned upon by critics, and I think that’s because they are held to the same standards as their forebears, documentary films. In my book, reality shows (as well as scripted television shows, sports, music, movies, books, etc.) don’t have to aspire to be more than entertainment, and if a show entertains, then it is successful. (And that includes “serious” documentary style reality shows such as Deadliest Catch and Intervention, which I think fit the bill of traditional documentaries while still being entertaining.) Of course that doesn’t mean Here Comes Honey Boo Boo is high art, but it does mean that if millions are tuning in and being entertained (and people aren’t getting harmed and laws aren’t being broken — for the most part) then the show is a success, and doesn’t need to defend itself.

Shows like Here Comes Honey Boo Boo, Buckwild, Jersey Shore, the Housewives, and Gypsy Sisters are quick to draw criticism from folks wanting to dismiss them as “trash television” as they mourn the passing of a fictitious time when television shows were held to some sort of mythical higher standard. (You know, like Three’s Company and Baywatch.) I won’t even go into the automatically feverish knee-jerk NIMBY (not in my back yard) reactions of locals, who always assume that the entire world is now going to assume every single person from that area is just like the handful of people they see on the show, and who also condemn the networks for not wanting to show all the “good” things about their community. (“Good” things that I assume are noble, but probably not very entertaining.)

It’s important to remember, however, that just because a show is wild and crazy DOES NOT guarantee that it’s going to be any good. 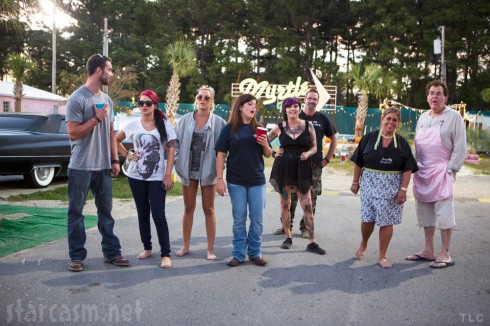 So what about Welcome To Myrtle Manor? It had its fair share of critics when it was announced, especially from concerned folks in and around Myrtle Beach — which is a tourist town that relies heavily on its public image. “A reality show based in a trailer park?! Ah, hell no! Everybody’s gonna think we’re blah blah blah” seemed to be the general consensus.

First let me say that I know everyone from Myrtle Beach, South Carolina is not like the large group of residents from the Myrtle Manor trailer park featured on the show, which seems ridiculous to even say given the incredibly wide range of characters in the cast. (No large city or community is just like any small group of people if you ask me.)

That just leaves us with the fundamental question: was the show entertaining? Hell yes it was! And a lot of the credit goes to that “incredibly wide range of characters in the cast” that I mentioned above. In a post about the preview trailer I wrote:

This is one of those situations where you just let the cameras role and put the load on the editors, because with that many characters living in a trailer park, there has to be an amazing reality show in there somewhere! Right?

Right! And we didn’t even get to meet all the characters yet! 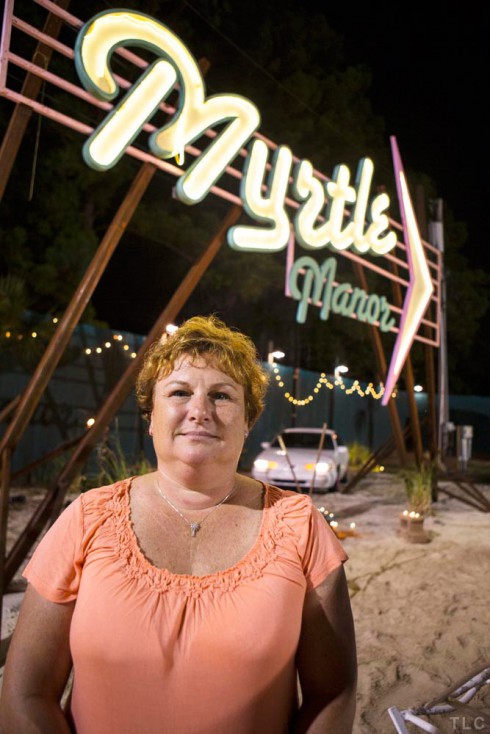 I don’t think there was a single cast member that I didn’t find entertaining, but without question the reason the show worked so well for me was because of the “more mature” generation. Don’t get me wrong, I’m the first one to like some young sexy in my reality programming, and Welcome To Myrtle Manor certainly brings the young sexy! That Jared was so gorgeous it was entirely believable that he could make a gay hairdresser stutter. And I never thought I’d say this, but them girls in 55B were so fine it made me want a wiener.

The show also brought it’s fair share of crazy (The Bandit) and drama (Taylor and Jessica). But I just love Miss Peggy, Roy and Becky Robertson (seen above) offering up their takes on things — it’s almost as though they’re watching the show with us. And Becky grounds the show wonderfully, serving as the perfect ringleader with a high tolerance for the absurd, a certain amount of seriousness, and a warm heart. From a producer’s standpoint I’m sure it was a huge challenge finding some way to unite so many disparate personalities, and Becky’s golf cart narratives are exactly right!

I really can’t wait to get to know the residents of Myrtle Manor better over the course of the season. I can tell already they’re going to get into some pretty crazy situations, and we haven’t even met two of the people I was most excited to meet: Shellie and Amanda!

Now, as for the rest of the cast that we did get to meet, here are some photos and my commentary: 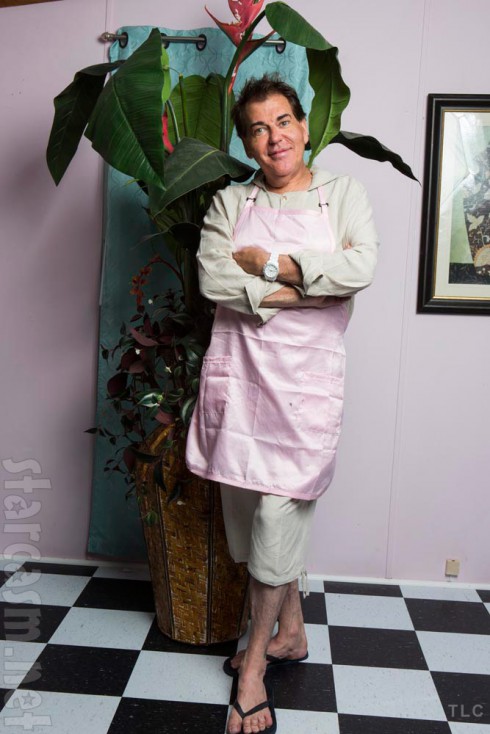 Roy Bullord is everything you could hope for in a trailer park hair salon owner – proudly gay, smart, and hilarious! (And I assume talented at cutting and styling hair, though that has yet to be determined.) I can already tell some of my favorite scenes are going to take place in Tangulls hair salon as Roy serves as composer to an orchestra of trailer park gossip. And Roy appears to possess that rare great chairside hairdresser manner that will allow him to be just as comfortable shaking his damn head along with Miss Peggy as he is admiring Jared’s tush with Chelsey.

The Bandit is one of those priceless commodities that reality show producers dream of. Here’s a guy that has managed to live a rather long life (I assume, unless he just hasn’t aged well) functioning in society while being completely off his rocker. He has no bones in his shoulder and composes commercial jingles in a makeshift recording studio in his trailer — where he has a keyboard over his bath tub by the way. Normally I think his future at Myrtle Manor might be in jeopardy due to finances, but with a reality show being filmed, I think his, er, non-conformist ways have earned him tenure. 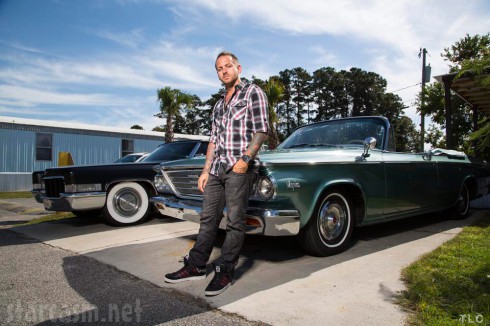 Taylor Burt is a big time local promoter and went into the show with a little bit of local fame and notoriety, so it would make since that he would be the first to draw the “bad guy” short straw. You see, every reality show needs at least one character that viewers can be upset with, and clearly it seemed as though Taylor was overreacting after snooping through girlfriend Jessica’s phone and then scolding her and eventually disowning her after finding text messages with another guy. But ol’ Taylor is a badass superstud with a really cool dog, so he can take the heat. I can all but guarantee he’ll be back in viewers’ good graces by season’s end. And to his credit, Taylor was a pretty enjoyable bad guy. 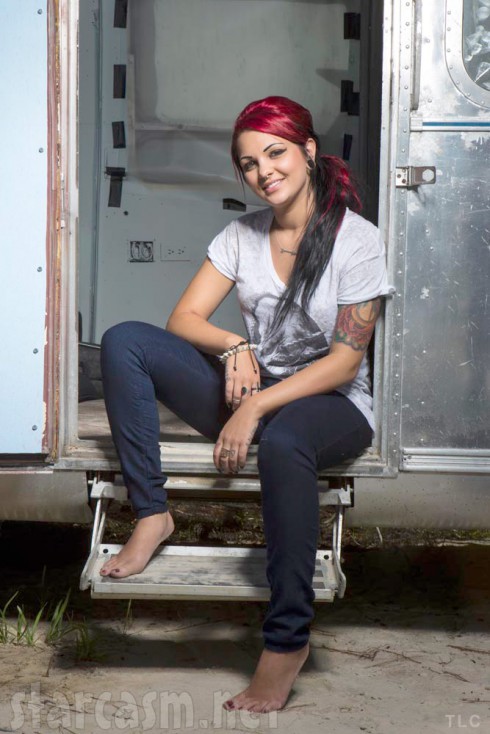 Jessica Burke is as Jessica Burke does. I think perhaps Taylor was right when he said Jessica was a little immature, but just like Taylor also said, that isn’t necessarily a bad thing — especially when you mix it with Jessica’s overabundance of swagger! Oh man, there are few reality show combinations better than immaturity and swagger! (And I am still hypnotized just thinking about the magic she worked in those red shorts. Am I right?) 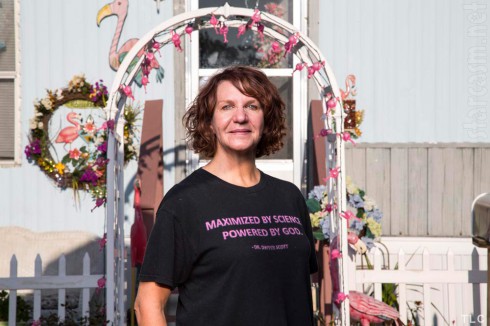 Taylor’s mom Anne Johnson is a little difficult to describe. Whenever she was on screen I found myself staring and then eventually asking myself out loud, “Wait, what?” About 83% of what she says makes perfect sense and seems completely normal. The other 17% will implode your brain! People like Anne are the reason God invented emoticons and I LOVE it! 😯 🙄 😆 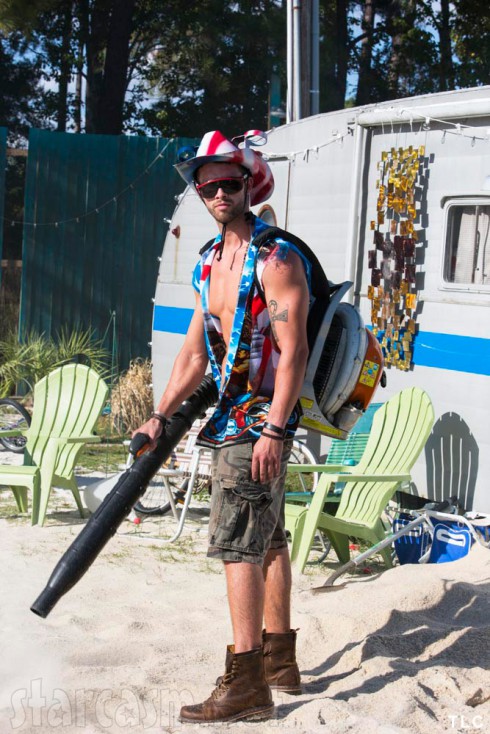 I’m a dude. And I’m a straight dude. And I’m a hot gal lovin’ straight dude. That being said, there is no denying the most gorgeous babe on Welcome To Myrtle Manor is Jared Stetson. I hate to use the term because it is usually a derogatory one, but Jared is a bimbo. The only difference is that I’m sure Jared has absolutely NO problem with getting used for sex, and I’m guessing we’re going to find that out first hand. A lot. 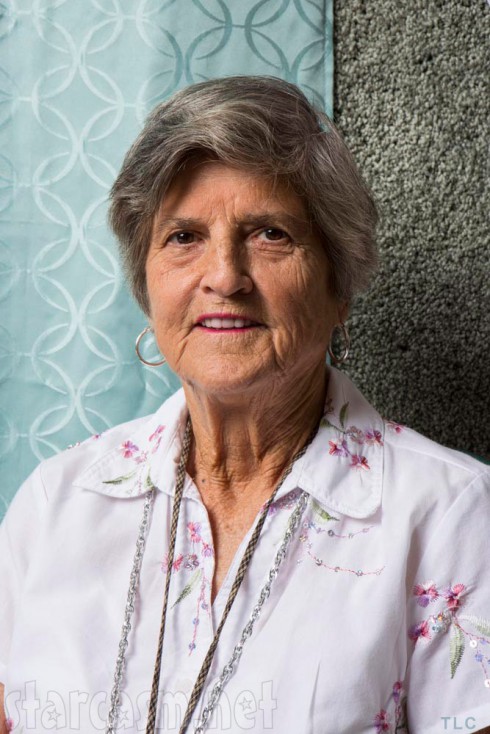 Miss Peggy Beaulieu is just awesome, I don’t know how else to put it. She’s perfect for the show because her viewpoint on the crazy antics surrounding her seem to come from a life in which she participated in LOTS of those exact kinds of antics. (Or at least spent a lifetime around them.) I just hope that at the first holiday opportunity Becky will dip into the trailer park petty cash and get that gal a proper swimsuit! 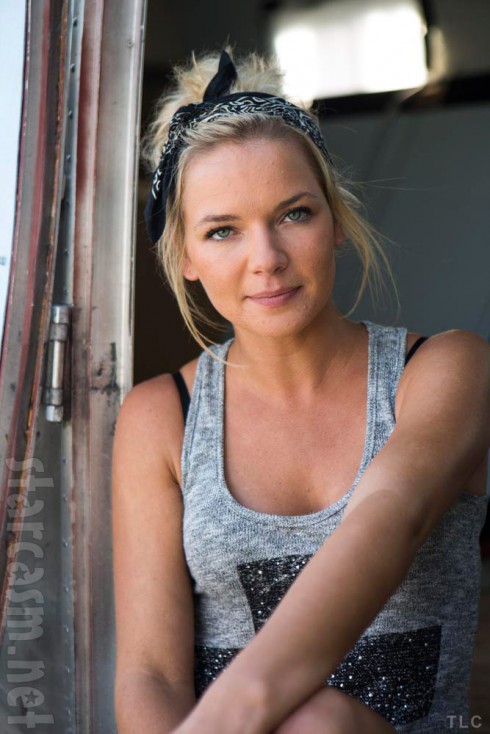 Chelsey Keller is Myrtle Beach (at least in my mind) — and I mean that in a great way. A beer bongin’ bangin’ blonde bombshell who sells wieners beachside to pay her trailer park rent. What else could you ask for? Except maybe that she learn a few lessons on swimming pool fashion from Miss Peggy. 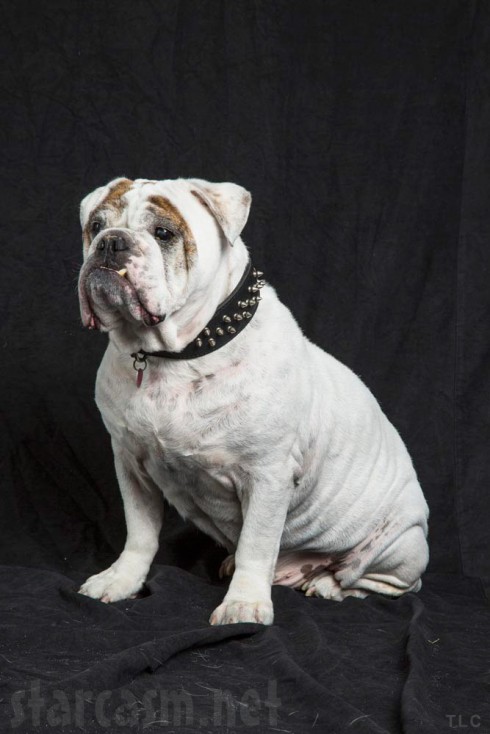 Something we’re seeing more and more often on reality shows are pet stars, and Welcome To Myrtle Manor is no exception with Gus the Bulldog. And Gus is not just a pretty face, he actually played a very important role in the premiere as he was asked by “best friend” Taylor to pick sides in his spat with girlfriend Jessica. Gus, as did most of the viewers, chose Jessica – albeit very reluctantly. Loyal but honest. Good dog. 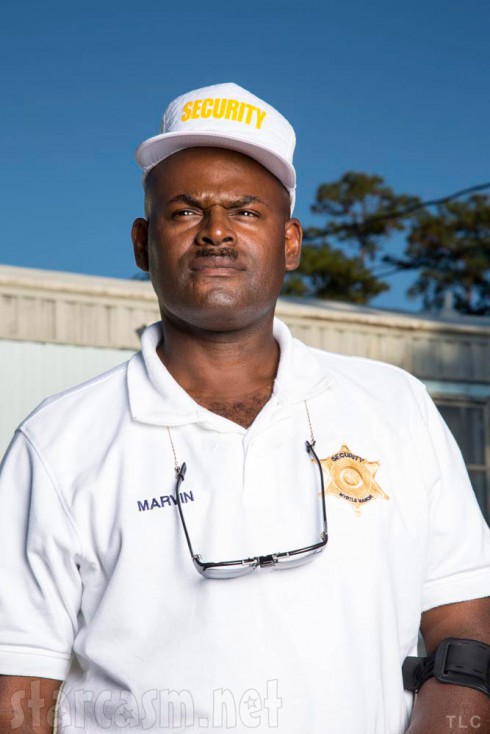 We got to meet security guard Marvin Gerald briefly, and he looks nothing short of quirktastic (I swear he could also get a role on AMC’s Smalltown Security!), but I didn’t get to see enough to get a great read on him. Hopefully I will know more when his “urination investigation” unfolds next week.

Sadly, we have yet to meet Amanda Adams (“You mess with one of us you mess with the whole damn trailer park!”), Shellie Rowell, Gina Shelley, or Becky’s daughter Alyson Johnson. And although she did a good deal of narrating, I still don’t feel like I know Jeana Futrell well enough yet to offer an opinion either.

But don’t worry, I’ll be tuned in next week and the week after that — as should you! Welcome To Myrtle Manor airs on TLC Sunday nights at 10/9c, right after Gypsy Sisters. (Yeah, you should just be DVRin’ The Walking Dead and Girls and The Vikings and The Real Housewives of Atlanta and…)