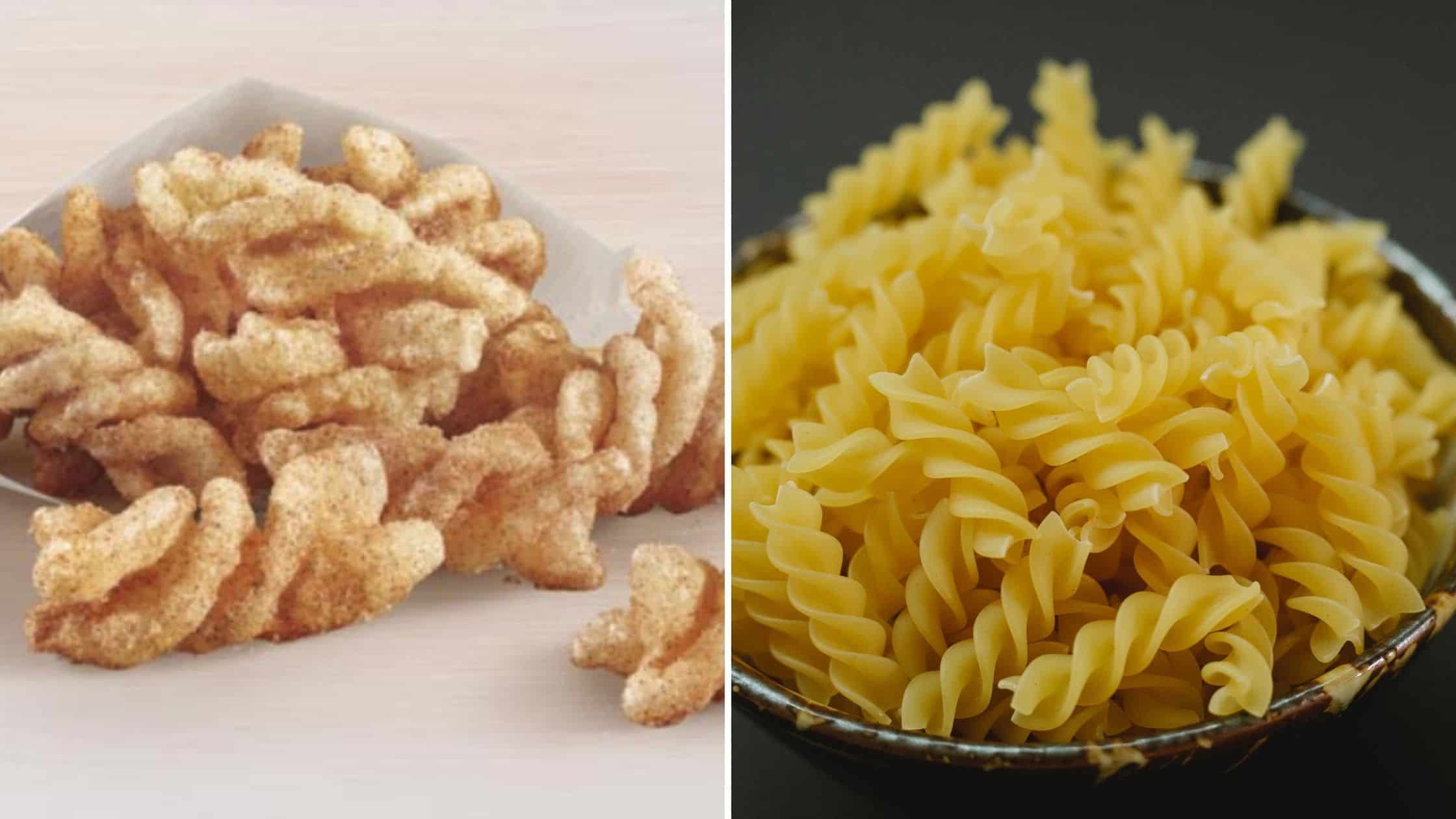 So, a TikTok from with over 8 million views is blowing people’s minds over Taco Bell Cinnamon Twists. It shows someone scooping up what looks like dry rotini pasta noodles and frying them until they enlarge and become the light and crispy dessert treat that’s a staple on Taco Bell’s menu. Can you make Cinnamon Twists by deep-frying Italian pasta at home?

The first time I saw Cinnamon Twists being made I lost it. #tacobell #fypシ #food #foryou

The TikTok creator Camryn Justice (@camijustic) is a Cleveland, OH TV sports journalist. She followed up with an instruction video about how to make a dessert like this at home. She first points out that you cannot make Cinnamon Twists using regular rotini noodles. Since Taco Bell does not sell their special noodles at the store, you can buy their inspiration: Chicharrones de harina or duros de harina. These are wheat snacks that you deep fry. They’re often called “chicarrones” because they look like chicaronnes, which are fried pork skin.

In the TikTok, Camryn says Taco Bell uses canola oil heat to 350-275°F. She throws in some regular rotini to show that it bubbles up, then burns and sinks to the bottom of the pot. This type of pasta is made from durem wheat and does not puff up when deep-fried like this.

She then drops in the taco bell spiral noodles, which are a blend of rice, wheat, and corn that puff up immediately after dropping into the oil. Add cinnamon sugar to get that Taco Bell taste, or any combination of flavor that you want. Traditional chicarrones de harina are usually topped with savory flavors like hot sauce, tajin, chili power, and/or lime.

I told y’all Taco Bell’s Cinnamon Twists ARE made from noodles and you can make them at home–Part 2. #tacobell #fypシ #foryou

A similar, now-deleted, video when viral on TikTok in 2020. At the time Taco Bell responded to delish.com with this statement “While our Cinnamon Twists may have the shape of rotini, you won’t get very far frying traditional pasta at home,” Taco Bell tells Delish: “The twists are a mixture of wheat flour, yellow corn meal, rice flour and salt.”

Why is Chic-fil-A closed on Sundays?