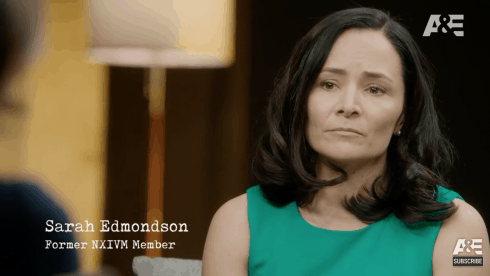 Allison played a major role in the cult. As a recruiter she promised women personal growth and empowerment. This offer of self development, a common lure of cults, seems especially deceptive and cruel when it leads to literally being branded and signing away your sexual sovereignty. 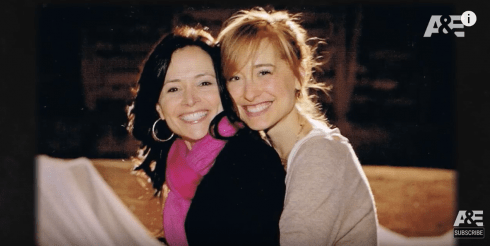 Sarah says that she’s heard of young women signing lifelong contracts to only have sex with Keith Raniere. Former member film director Mark Vicente is also interviewed for the show, and he expresses shock at the level of sexual control that was happening in the group.

“My knowledge about him sleeping with all the girls was that it was a few. I didn’t understand that it was dozens, 20, 30” he says. “I don’t have a problem with somebody saying they want to have a swinger lifestyle. But don’t convince a girl that having sex with you is something she needs to do for her own growth.”