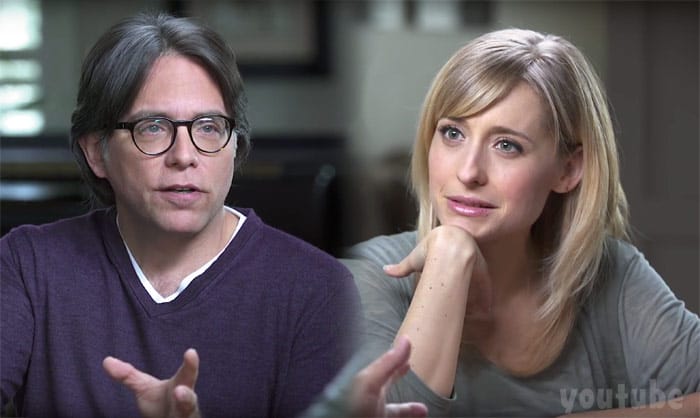 Smallville actress Allison Mack has been arrested and charged with sex trafficking and forced labor after authorities identified her as the second-in-command behind leader Keith Raniere in the Nxivm sex cult. According to the indictment, 35-year-old Allison played a key role in recruiting women into the group as well as gathering “collateral” from them to guarantee they would not leave.

Marketed as an executive training firm run by Keith Raniere, Nxivm (pronounced Nexium) managed to not only recruit Allison Mack, but also her Smallville co-star Kristin Kreuk into what is essentially a sex slave pyramid scheme. Allison reportedly moved up the ranks rapidly, becoming the organization’s number one recruiter and top slave. (Kristin left the organization in 2012 after allegations that Raniere had sex with underage girls.)

It was after her co-star left that Allison came up with the idea to brand Nxivm members by burning Raniere’s initials onto the women’s pubic regions. From Page Six:

As the women were being branded like cattle, Mack allegedly placed her hands on their chests and told them to “feel the pain” and to “think of [their] master,” prosecutors say.

The actress first lured the women into the secret society within Nxivm known as “The Vow” — and cajoled them into providing “collateral” like embarrassing photos and statements to use as blackmail, federal prosecutors allege.

She then allegedly groomed the slaves for sex with Raniere — ordering them to adhere to extremely restrictive diets, refrain from removing their pubic hair, and to stay celibate, according to court documents. 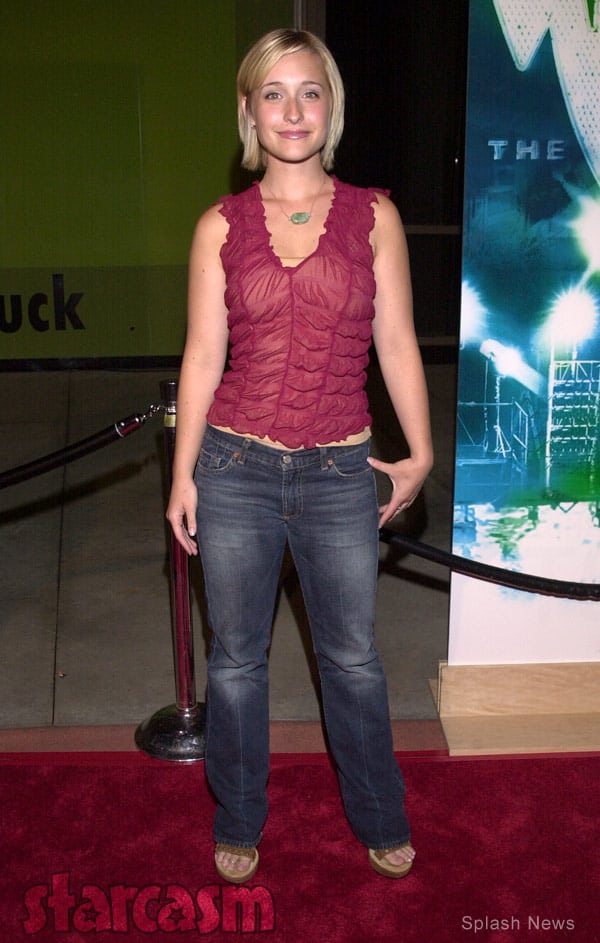 Allison (photo above) was scheduled to go before a federal judge in Brooklyn earlier today and faces fifteen years in prison. Keith Raniere was arrested in Mexico last month and faces similar charges and sentencing.

Here is a video of Allison Mack and Keith Raniere together discussing “psychological wholeness and authenticity, and a system for crafting and practicing emotional expression and transitions”:

Nxivm has made headlines for years, but had managed to avoid prosecution by claiming that all women involved participated of their own volition. Additionally, despite multiple allegations of underage sex, Keith Raniere was able to avoid being charged — perhaps due in part to some very deep pockets courtesy of two of his most famous early recruits. Seagram’s liquor heiresses Clare and Sara Bronfman provided a HUGE influx of capital starting in 2006.

From a 2010 Vanity Fair article titled “The Heiresses and the Cult:”

According to legal filings and public documents, in the last six years as much as $150 million was taken out of the Bronfmans’ trusts and bank accounts, including $66 million allegedly used to cover Raniere’s failed bets in the commodities market, $30 million to buy real estate in Los Angeles and around Albany, $11 million for a 22-seat, two-engine Canadair CL-600 jet, and millions more to support a barrage of lawsuits across the country against nxivm’s enemies.

When I started this article I knew nothing about Nxivm or Keith Raniere, and I’ve learned over the last hour or so that this story has the layers of an especially rotten onion. I can only assume it will soon be an amazing and mind-blowing eight-part Netflix documentary soon.

If you’re interested in learning more, here are links to some of the many very informative online articles about Nxivm from over the years:

And, if you want to see the Allison Mack arrest documents, you can click here for the indictment and here for the detention memo.