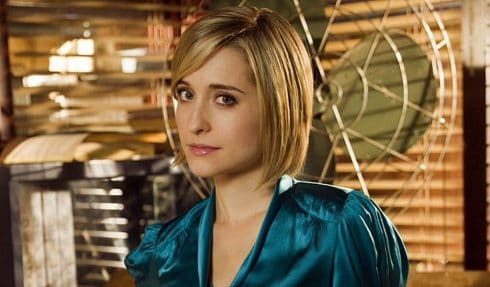 It’s been recently exposed that Smallville actress Allison Mack had an integral role in Nxivm, a sex slave cult guised as a MLM (multi-level marketing) company. Mack, who was the organization’s “Top Slave,” came up with the idea of literally branding the girls she recruited to join.

Now, there’s evidence that Mack was publicly trying to bait celebrities like Emma Watson and Kelly Clarkson to join the abusive group.

“I’m a fellow actress like yourself & involved in an amazing women’s movement I think you’d dig,” Allison Mack tweeted to Emma Watson in January of 2016. “I’d love to chat if you’re open.”

“I participate in a unique human development & women’s movement I’d love to tell you about,” she tweeted Emma a month later.

She also wrote to singer Kelly Clarkson via the social media site, saying, “I heard through the grapevine that you’re a fan of Smallville. I’m a fan of yours as well! I’d love to chat sometime.”

Although neither of the stars responded, it’s interesting to get a glimpse at Mack’s recruitment techniques. She seemed to really play up the “women’s movement” angle with Watson, an outspoken feminist. With Clarkson she seems to be trying to be chummy and connect over Clarkson’s alleged appreciation for Mack’s television show.

The friendly language Mack uses is rather chilling, considering the reality of what was going on at Nxivm.

Mack’s lawyers are reportedly working on a plea deal with federal investigators over her involvement with the group.

Kelly Clarkson wants a baby, and she wants it now