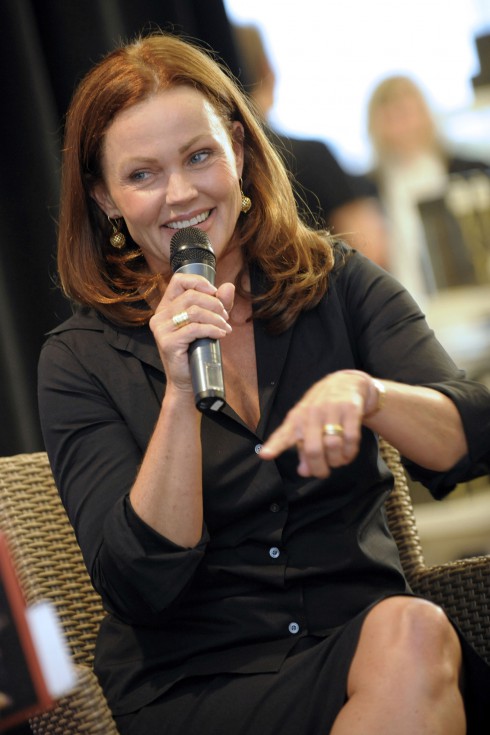 Belinda Carlisle fronted of one of the most influential girl groups of her day — The Go-Go’s. But while the band was gracing the covers of magazines and making pop music history, Belinda was struggling with a nasty addiction to cocaine. In a new interview, she opens up about her addiction and how she was finally able to overcome her addiction after three decades.

“We were young, rich, no responsibilities, not married, no kids and we took advantage of that,” Belinda reveals to FOX 411, adding that she struggled with addiction for a whopping 30 years. “I’m surprised I still have a nose on my face and that I don’t look like I’m a million years old.”

After 30 years of hard drug use, Belinda should be in much worse shape than she’s in — and she knows it. “I’m lucky, I’ve had this amazing life, and I’ve obviously always had someone or something looking out for me, that’s protected me,” she explains. “The fact that I’m actually speaking to you right now is a miracle because honestly with the kind of life I had in my past I probably should be dead or at least in an insane asylum. I’m very lucky.”

As for what led Belinda to kick her habit and live a health lifestyle, she says it was a matter of life and death. “I instinctively knew that if I carried on I would die. You can’t be a 47-year-old woman and do as much coke as I was doing. It was divine intervention. My bottom line was a spiritual bottom not a material bottom. I didn’t lose my family. I didn’t lose my possessions. There was nobody home; there was no soul, which is pretty bad. I was just sick and tired of it. I now have eight years of sobriety.”

Perhaps Belinda and the gals should re-record their hit “We Got the Beat” with slightly altered lyrics about conquering addiction — they could call it “We Got It Beat!”

And just in case you thought Belinda was exaggerating about losing her nose, check out this guy who proves it is in a fact a legitimate possibility!