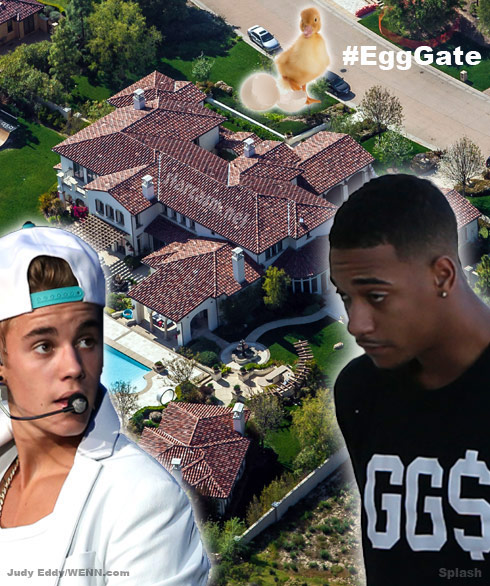 The fallout from #EggGate continues and the news isn’t sunny side up, as it’s been confirmed that the authorities said “hello” to one of Justin Bieber’s lil’ friends during their raid on the “Baby” singer’s home today.

When I wrote earlier about the felony search warrant the Los Angeles County Police had based on The Biebs’ egging of a neighbor’s home, I highlighted that it opened the door for them to make a move based on any illegal activities or items found inside his Calabasas home. Wellllllll…..

One of Justin’s BFFs, Lil Za, was arrested for cocaine possession during this morning’s search. Authorities stated that the cocaine was found “in plain view” but that J.B. was “not connected” to the helluva drug.

According to the L.A. Times, 12 detectives searched the mansion beginning at 8 AM this morning. Bieber, along with 7 other people, were detained inside the home during the search.

Lt. Dave Thompson said, “The cocaine I believe was in plain view of the deputies when they were looking for the other evidence.” He also addressed the need for a felony search warrant, which many on social media deemed as overcooking it after a mere egging:

“The felony comes from the dollar amount of the damage (estimated at $20,000). This residence sustained a great amount of damage that easily achieved the amount. I get that the eggs don’t seem that significant, but it does rise to the level of a felony.”

Here’s a photo of Justin Bieber and Lil Za during happier times in Stockholm, Sweden. The evening this photo was taken, Bieber’s tour bus was searched while he was performing after the odor of marijuana was detected. A small amount of pot as well as a taser were found but no charges were filed. 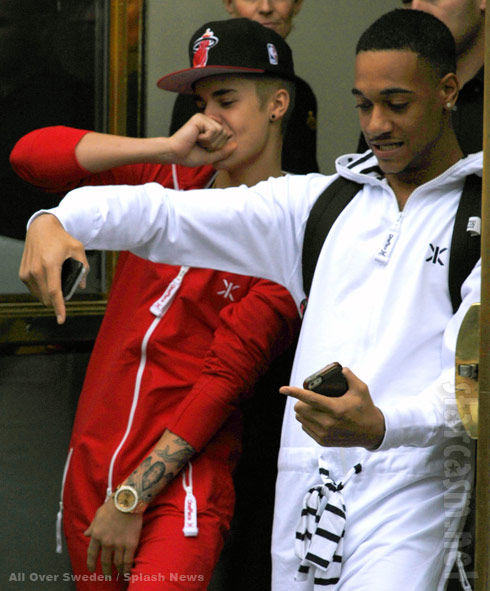 Bieber’s troubles won’t be over easy as he remains a suspect in this scrambled mess.