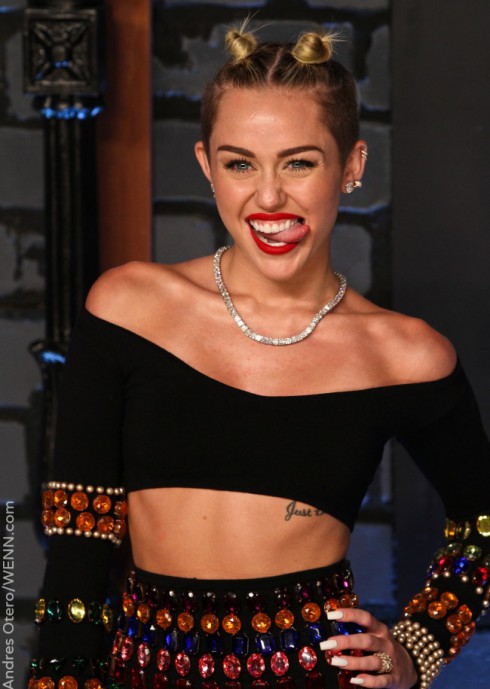 In case you haven’t seen it yet and would like to experience the moment thousands of teenagers’ childhoods died, here’s the complete video…

While Miley twerked her way around the stage, celebrities in the audience were visibly shocked. This perfect picture of Will Smith, Jada Pinkett-Smith and their kids was reportedly captured during one of the more obscene moments in Miley’s act. 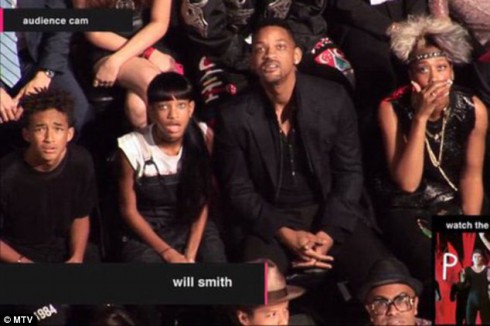 On Today the next morning, Brooke Shields noted the picture was particularly ironic because Willow Smith’s I Whip My Hair song was considered by many to be too mature… Yet, she was still blown away by Miley’s moves.

Brooke, who actually played Miley’s mother on Hannah Montana, added she didn’t approve of her stage daughter’s performance and thought it was desperate.

Remind me to never let my kids into showbiz… Thanks

Raise your hand if you feel personally victimized by Miley Cyrus' #VMAs performance.

Watching VMAs. Haven't been in a strip club in a while, but good to see nothing has changed

I will always have this version of Miley. Let's live in the past and heal. pic.twitter.com/zMsEW2PvfO

Things I learned watching the #VMAs2013: There's nothing you can do with a foam finger that you can't air on MTV.

For what it’s worth, Miley’s dear ol’ dad tweeted an indirect message shortly after the show ended.

What did you think of Miley’s performance?