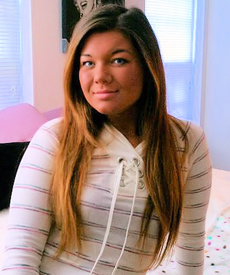 Teen Mom’s Amber Portwood is currently in rehab dealing with depression and anger issues (not substance abuse issues,) and according to a friend, she’s having a positive experience.

Yesterday her brother Shawn Portwood posted on his group “Help Support Amber Portwood” that Amber is in rehab (she announced her plans to go last week.)

A friend commented that she talked to Amber the night before, and she’s doing well:

I talked to her lastnight and she sounds amazing and positive! She has a great support system that stands beside her and are supporting her in this life changing journey! We ♥ you baby!

Sunday Gary Shirley reported that Amber received over 1,000 supportive emails that were asked to be sent in, and they were printed on blue and pink paper.

Amber has made some mistakes, but it looks like she’s really doing what she needs to do to deal with her issues, and live a happy, productive life. She follows fellow MTV star (from spin-off Teen Mom 2) Jenelle Evans, who recently spent time in rehab to deal with stress, anxiety, and a few substance abuse issues.

People often associate rehab stints with drug problems, but rehab is increasingly used to deal with emotional and mental health problems like depression, anxiety, and eating disorders. Last fall teen star Demi Lovato went to rehab to deal with an eating disorder, cutting, and other stress-related problems. Spending some time away to receive intensive therapy is sometimes the best option when dealing with any sort of life-disrupting problem. Kudos to Amber for getting help!