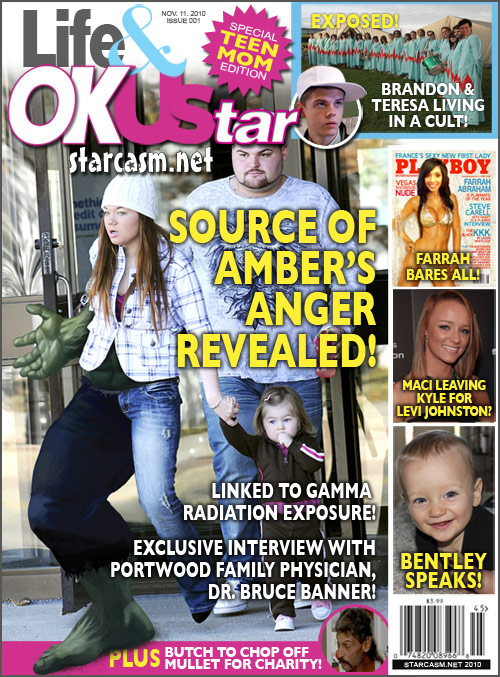 None of the Teen Moms were the lead story on any of the major tabloids this week so I had to make my own! (It got kinda involved and took me a little longer that I expected, that’s why this post is a day later than usual) If this issue of Life & OKUStar does well, I might try to create a new issue each week!

OK, on to the actual tabloid covers! 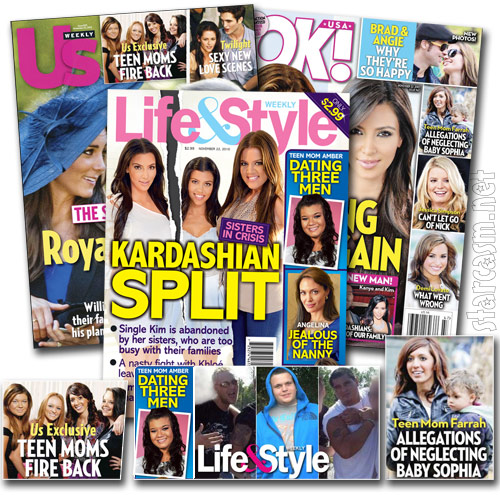 Speaking of OK, On the cover of OK! this week is the headline “Farrah Abraham – Allegations Of Neglecting Baby Sophia.” The article is based on interviews with two different caregivers who looked after Sophia while Farrah was at work and shooting for MTV.

Britteny Scheer, a licensed Council Bluffs, Iowa childcare provider, looked after Sophia for nine months. She tells OK! that Farrah often left Sophia with strangers and says the first time she babysat Farrah showed her a diaper bag and “went out the door.”

“I’d have Sophia virtually all day, every day. Farrah left the baby with me to run errands and shoot MTV – and sometimes she’s forget to come get her.”

Brittney talks about how Sophia seems to be developing slower than most children her age and she implies it is Farrah’s fault. OK! provides a few tips on how Farrah could be doing better. 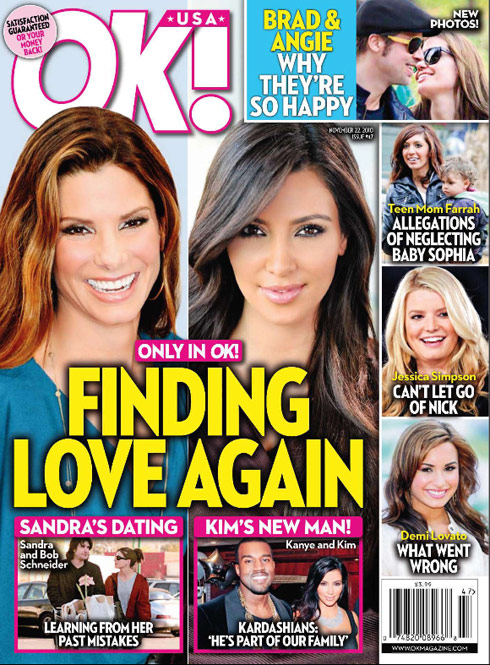 Also inside OK!, though not on the cover, is a brief story on how Gary Shirley’s mother, Carol Zizak, is spending a lot more time with her granddaughter Leah. Carol speaks with OK! and tells them she has not prohibited Leah’s mom, Amber Portwood, from visiting Leah.

Star magazine has a brief story (not on the cover) about Sophia meeting her other grandmother, Stormie Clark, for the first time. As I mentioned in a previous article about Stormie and Farrah’s legal battle over visitation rights for Sophia, Stormie first met her granddaughter by chance when Sophia was with a babysitter at a Council Bluffs park at the same time as Stormie.

“It was like a blessing from God,” said Stormie. … “I couldn’t help but cry. When I held Sophia, she never cried or wanted to get down. To me, it was like she knew that we were her family. She was acting like we had been in her life forever. I said to her, ‘Hi, I’m your Grandma. Grandma loves you.'”

Stormie goes on to offer up her not-so-favorable opinions about Farrah. 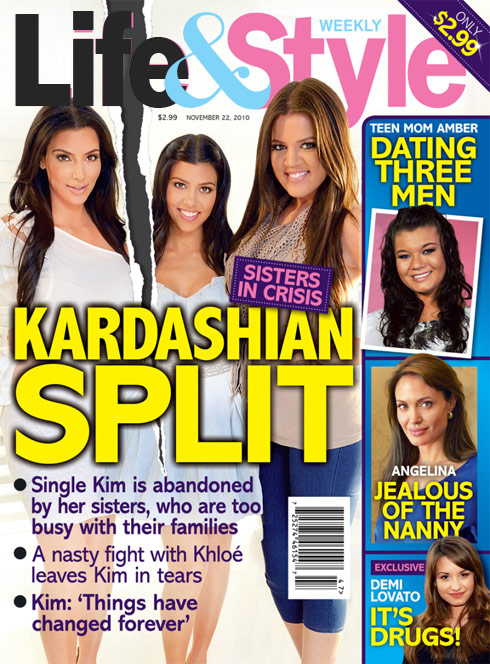 Amber asked a friend for Shane’s number and two went out on a date that was filmed by MTV for the next season of Teen Mom. One of those infamous “insiders” tells L&S:

“Shane agreed to come over to her house, but he brought a group of friends,” an insider tells Life & Style. “He’ll be on at least one episode, maybe more. He and Amber are getting to know each other right now.” But Amber’s gotten a lot more intimate with Shane’s good friend Sam Jack. “Amber has hooked up with Sam,” the insider tells Life & Style. “They’ve slept together.”

And that’s just the half of it – literally – because Amber reportedly has also showed interest in Shane’s roommate, 20-year-old landscaper Jesse Austin! You’ll have to read the magazine for all the dirt! 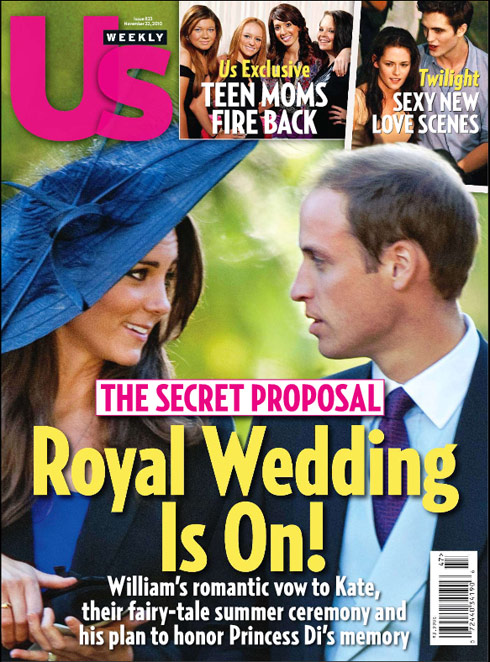 Us Weekly rounds things out with an article allowing the Teen Moms to “fire back!” In the issue Farrah, Catelynn, Maci and Amber address popular rumors and headlines similar to the ones above.

Amber Portwood answers the most questions, addressing rumors that she and Gary are back together (they aren’t), her abuse of the drug Klonopin (she admits to being prescribed drugs but not abusing them) and who has custody of Leah (she has full custody). Here is a complete list of questions answered by Amber in the magazine:

So your on-and-off relationship is over?
But it was reported that you exchanged rings.
Amber, reports accuse you of abandoning Leah for weeks after the split?
Who has custody?
Gary’s pal said Amber was abusing Klonopin.
Are things improving?

Maci takes her turn by clearly debunking rumors she is headed to California to star in a reality show with Bristol Palin. Neither the move or the show are happening. She also offers up a funny anecdote to explain why she was recently photographed wearing bandages on her nose, which lead to speculation she had a nose job. Here are all of Maci’s questions:

Would you ever get back with Ryan?
You seemed happy at Bentley’s birthday.
Rumor is you’re bound for L.A. and doing a show with Bristol Palin.
And your “nose job”?

There is a short update on Catelynn and Tyler which lets us know things aren’t getting any better with their parents April and Butch, the latter of which is back out of jail.