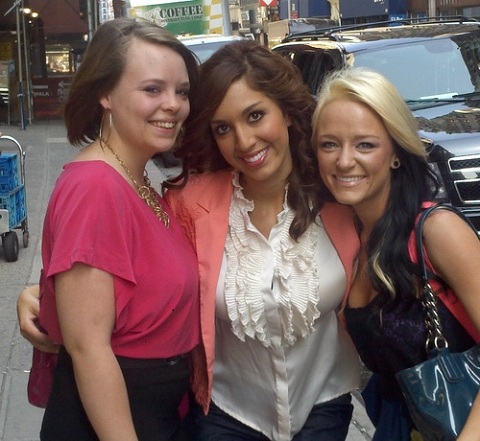 We’ve seen a lot of Farrah Abraham’s life during her run on 16 & Pregnant and Teen Mom. One thing we haven’t seen? Her friendships. She’s spent time with her parents and her sister, but she doesn’t seem to have many girl friends in her life. Fans did see Farrah have one girls night a couple seasons ago, that has been it. With all of her responsibilities as a single mom, she surely could use some support.

When Us Weekly asked her if she had a good girl friend to confide in, Farrah admitted, “I really can’t find one honest, great person here to be friends with. I’d rather not deal with all the drama and fakeness of people trying to claw at me. I do have a  couple of amazing friends in New York, and the girls on the show. Those are my close friends.”

On a past Teen Mom reunion special Farrah told Dr. Drew that she didn’t have any friends. Are her career aspirations getting in the way of her personal life?

Farrah also revealed that it has become hard for her to date “because people watch them on TV I had to think of everyone’s motives.” Fans saw Farrah go on a date with a new neighbor on Tuesday night’s Teen Mom. She later revealed that they had only went out because it was ‘convenient.’

One relationship that has gotten better since her move is her relationship with her mother, Debra. “We communicate better and really love each other. When I visit, we don’t get on each other’s nerves as much. The space was needed.”

Is Amber Portwood quitting Teen Mom because of Farrah Abraham?